Everything's bigger in Texas -- and the state's U.S. Senate race is no exception.

As first reported by The Houston Chronicle, O’Rourke has raised $70.4 million since entering the race in March 2017.

That far outpaces fundraising by Cruz, who has raised $40 million since the very beginning of his election cycle in 2013.

The historic amount of cash pouring into the race, namely for O'Rourke, underscores how peculiar the Democrat's candidacy is -- capturing the enthusiasm of donors across the country and the attention of national news outlets, even as he consistently trails Cruz in the polls.

The latest Real Clear Politics average has Cruz leading O’Rourke by more than 6 percentage points. Some analysts have cautioned Democrats that they're focusing too much attention on headline-grabbing races like Texas at the expense of more winnable contests.

The Chronicle reported that the $110 million haul does not include funds from outside super PACS that are helping the Cruz and O’Rourke campaigns.

According to the Chronicle, no general election U.S. Senate race until now has cost more than $77 million—a record set in Massachusetts in 2012 when Democrat Elizabeth Warren defeated Republican Scott Brown. 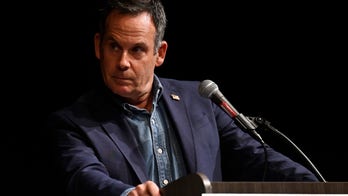 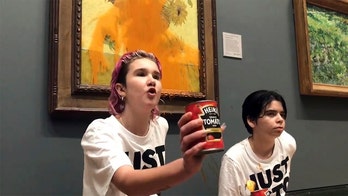