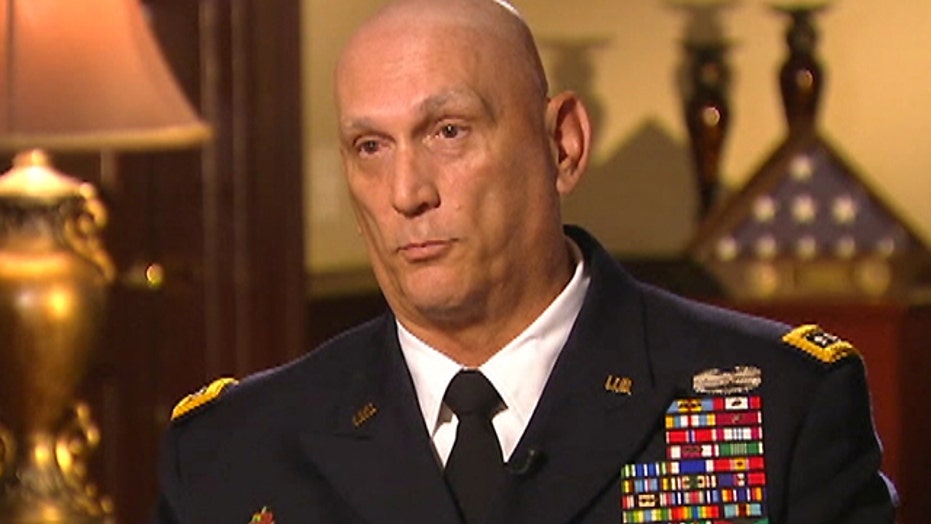 EXCLUSIVE: The Army’s top officer told Fox News Tuesday it’s “frustrating” to watch the gains he helped achieve in Iraq disintegrate at the hands of the Islamic State, saying in an exit interview that the chaos now unfolding “might have been prevented” had the U.S. stayed more engaged.

Army Chief of Staff Gen. Ray Odierno, weeks away from retirement after 39 years in uniform, spent more time in Iraq than any other U.S. Army general -- more than four years, the last two as top commander. He is widely viewed as a key architect of the Iraq surge.

In an exclusive interview with Fox News, the general tackled a range of topics, from the Iran nuclear deal to the deep cuts to U.S. Army troop levels. But Odierno had pointed words on the rise of ISIS in Iraq and Syria – suggesting it didn’t have to be this way.

Odierno said the fall of large parts of Iraq was not inevitable, reiterating concerns about the pace of the U.S. troop withdrawal there.

“If we had stayed a little more engaged, I think maybe it might have been prevented,” he said. “I've always believed the United States played the role of honest broker between all the groups and when we pulled ourselves out, we lost that role.”

“I think it would have been good for us to stay,” Odierno said, when asked if it was a mistake to pull out.

Further, when ISIS took over large portions of Iraq last year including its second-largest city, Mosul, the White House apparently didn’t reach out to the Army officer who had spent more time commanding U.S. forces than anyone else.

“All my work was given to [Joint Chiefs] Chairman [Martin] Dempsey,” Odiernio said. “I never talked directly to the president about it at that time, but I talked to the secretary of defense and I'm sure he relayed all of my thoughts,” he added.

“In my mind, we don't have the ability to deter. The reason we have a military is to deter conflict and prevent wars. And if people believe we are not big enough to respond, they miscalculate,” Odierno said.

"I believed at the time we could do that,” said Odierno. “But I said we were on the razor’s edge that we could actually do our mission at 450.”

“When we go to 450, we are going to have to stop doing something," said Odierno.

As for what message these cuts send to adversaries of the United States, Odierno said: “I believe they question whether we will be able to respond and so they're willing to take maybe a bit more risk than they might have just a few years ago.”

While Odierno says he supports the recently announced nuclear deal with Iran, he warned that Iran will not change its behavior in the region.

“Iran has continued to do malign activities throughout the Middle East [and] they will continue,” warned Odierno, who blamed Iran for contributing to the unraveling of Iraq and the rise of ISIS.

Dempsey recently told Congress that Iran was responsible for roughly 500 American deaths, an estimate Odierno did not dispute.

Odierno said of Iran: “We can't be naïve.”