Where is Kamala Harris?

EXCLUSIVE: Arizona Attorney General Mark Brnovich is inviting Vice President Kamala Harris, who has been tasked with tackling the root causes of the migration crisis, to tour the southwest border in the state -- saying it will give the vice president "firsthand insight" into what those on the ground are experiencing.

"Recently, you stated, ‘You have to see and smell and feel the circumstances of people to really understand them.’ With that in mind, I formally invite you to join me for a tour of the southwest border in Arizona later this month," Brnovich wrote in a letter to Harris on Friday.

"It will provide firsthand insight into what Arizonans, law enforcement officials and migrants are experiencing. I will make myself available any day of your choosing," he said.

Harris was made Biden’s point person to address "root causes" of the crisis that has sent hundreds of thousands of migrants to the border in recent months. Her office did not respond to a request for comment from Fox News on the letter.

"I think she does need to come down here as a former state A.G. like me," Brnovich said on "The Story." "She needs to see what's happening. And she needs to recognize firsthand that the cartels are making money off everyone that comes across the border. They're exploiting it to send more drugs into our country and they're literally trafficking in human beings."

Preliminary Customs and Border Protection data suggest that the U.S. is on track to have encountered more than 171,000 migrants in March. Meanwhile, images of packed child migrants in facilities at the border have led to fierce criticism of Biden’s policies from Republicans. 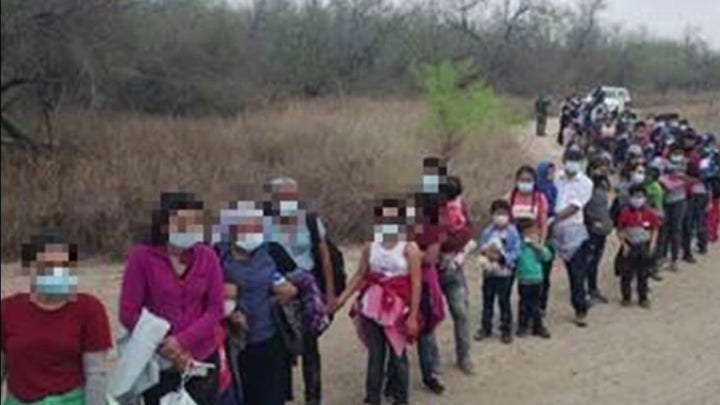 Biden said last month that Harris has "agreed to lead our diplomatic effort and work with those nations to accept the returnees, and enhance migration enforcement at their borders – at their borders."

The White House later clarified that Harris wasn't involved with the "border crisis," but was instead focused on addressing the "root causes – not the border."

Republicans have downplayed the importance of root causes, saying instead that Biden’s reversal of Trump-era border protections have encouraged migrants to make the journey north. Biden has instead argued that border surges happen every year around this time.

In his letter, Brnovich says Arizona and the government "need a more sophisticated and aggressive approach to address this crisis and tragedy."

He pointed to the drug cartels making money off the backs of physically and financially abused migrants, which leads to them indebted to the cartels.

"Lastly, dangerous criminals are crossing our southern border -- some of whom we catch, while others slip into American communities," he tells Harris. "Many of the dangerous individuals apprehended at our border, who have already received final deportation order are not being lawfully removed."

He also said that 300 individuals have been "turned loose" without any coordination -- what he calls a dangerous example of "catch-and-release."

"As the children of immigrants, we both know the opportunity this country provides and that the promise for a better future can only be sustained by a nation of laws," he said. "Let’s take this on together and provide America with the leadership it deserves."