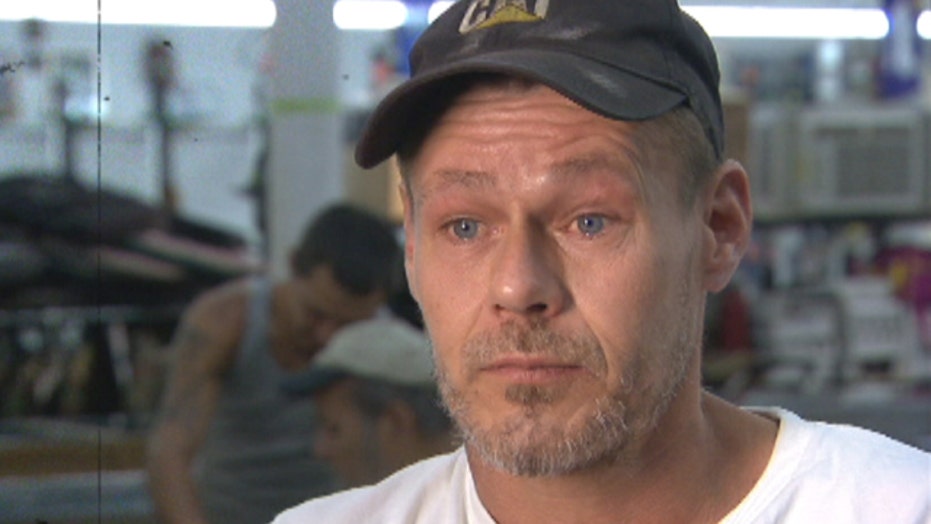 As the midterm congressional elections near, an uneasy American public is rattled by threats of terror and a viral scourge from abroad, but the issue that may determine how they vote is lingering concern over the American economy.

Fox News conducted a months-long investigation across the nation to find out how the slow economic recovery has impacted the lives of average Americans, and how it might influence their election-day decisions. That report -- an America's Election Headquarters special, "American Payday -- The Big Squeeze," anchored by Bret Baier -- premieres on the Fox News Channel at 10 p.m. EDT, on Friday Oct. 17.

In Harlan County, Ky., a one-time pro-union Democratic stronghold, former coal miners like James Walker and Frank Dixon find themselves struggling to support their families after once having lived a comfortable lifestyle.

Walker blames his and his co-workers' plight on the environmental policies of the Obama administration, which encourage a turn away from coal as a power source. "I blame Obama," Walker says. "I blame him real bad. Before Obama ever came around, coal was doin' good. Obama killed it."

The facts back up that assertion, says Kentucky Coal Association President Bill Bissett. "The lion's share of the blame for what's happened in Eastern Kentucky can be blamed on President Obama's regulatory policies," Bissett says. "We had a steep drop in employment from January 1, 2012 to January 1, 2014. Even the proposal of new utility regulations is having utilities turn away from coal."

Anger at President Obama may influence the Senate race in Kentucky, where Democratic candidate Alison Lundergan Grimes has so emphatically distanced herself from Obama that she refuses to say whether she even voted for him -- despite the fact that she was an Obama delegate at the 2012 Democratic National Convention.

But neither candidate seems to have yet sealed the deal with the voters in coal country. "Republican or Democrat, [I] don't care who you are, they need to get off their hind end and quit fightin' over it, quit bickerin' over it get out here, and give us some help," says Frank Dixon, the out-of-work miner.

Republican candidates in red-state races point to the energy boom as reason to repudiate Democratic incumbent -- raising the specter of ever-harsher federal environmental policies that might threaten local prosperity.

"I think that risk is real," says Bill Rase, executive director of the Port of Lake Charles, a city enjoying substantial growth from the energy revolution.

Joe Mason, an economics professor at Louisiana State University, links that risk to policies that seem to reflect the dogma of Democratic environmental elites. "There does seem to be this hostility to oil and gas production," Mason says. "The policy seems to me that they want middle-class jobs, just not these middle-class jobs."

Her opponent, Rep. Bill Cassidy, counters, "The president has hostility to the energy industry and Senator Landrieu supports him 97 percent of the time. Why would you support so faithfully someone who is so hostile to our economy?"

Control of the Senate may be decided by how Louisiana voters answer that question on Nov. 4.

Tune in this Friday night 10 p.m. EDT as Fox News Reporting  premieres "American Payday -- The Big Squeeze." The show will repeat Saturday at 10 p.m. EDT, and on Sunday night at 9 p.m. EDT.