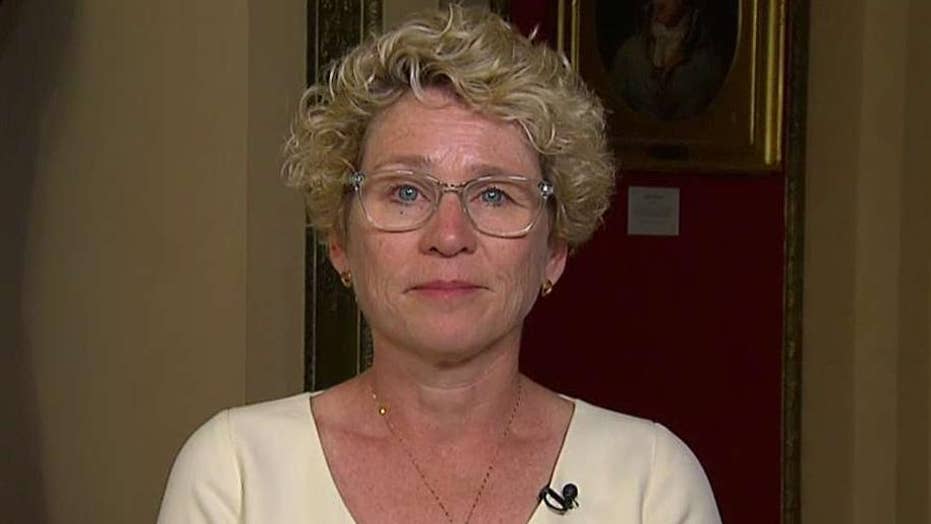 Rep. Chrissy Houlahan on rising tensions with Iran: US needs to be the 'adult in the room'

Pennsylvania Congresswoman Chrissy Houlahan, Democratic member of the House Armed Services Committee, calls for transparency from the Trump administration on Iran to 'make sure we're not escalating things unnecessarily.'

As rising tensions between the United States and Iran have prompted American officials to order non-emergency personnel out of Iraq, Rep. Chrissy Houlahan, D, Pa., argued that the safety of Americans is a top priority, but it's crucial not to provoke Iran.

Referring to the country as a "worrisome nation-state" during a Wednesday morning interview with "America's Newsroom," the member of the House Armed Services and Foreign Affairs Committees said the United States needs to be "appropriately cautious" about threats posed by Iran.

Earlier this week, Secretary of State Mike Pompeo ordered non-emergency personnel at the U.S. embassy in Iraq to leave the country after Iran-backed missiles were allegedly positioned in the range of American bases.

"If we're seeing something that concerns us about the safety of our citizens we should be working hard to move them out of harm's way, but I think we need to be the adult in the room and make sure we aren't provoking larger changes than we would like," Houlahan added.

On Friday, she said there would be a closed hearing where she will learn more details about what President Trump and the Defense Department have seen, which they've described as "credible threats" from Iran.

"I look forward as Congress, the co-equal branch of government, to make sure we're being very thoughtful about these things we're seeing and make sure we're not escalating things unnecessarily," Houlahan said.