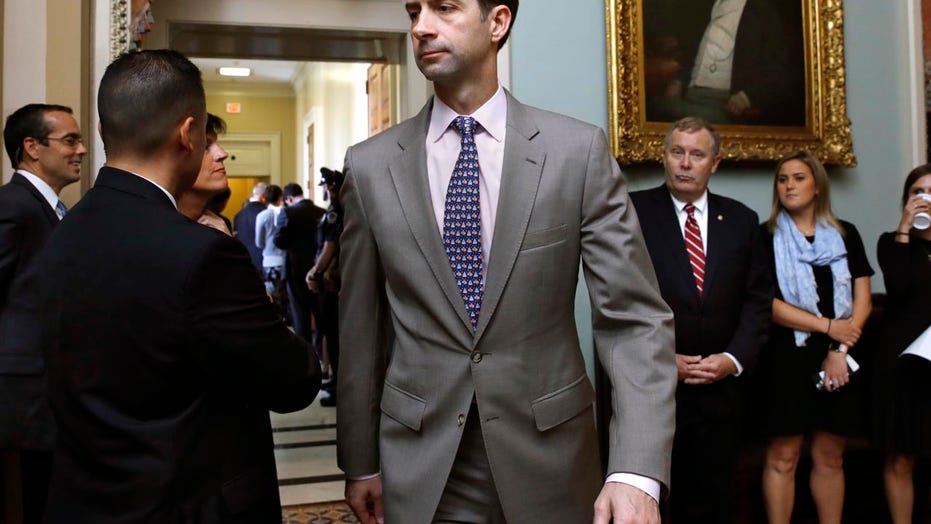 Arkansas Republican Sen. Tom Cotton predicted in a recent interview that the U.S. would win a war against Iran in “two strikes.”

Comments by Cotton, an arch critic of the Iranian regime and the nuclear deal from which the Trump administration withdrew last year, coincide with the increasing escalation between the two countries.

“Could we win in a war with Iran?” PBS’ “Firing Line” host Margaret Hoover asked Cotton during a recent interview.

The senator went on to say that the all-out war with Iran would be justified if the regime “struck out militarily against us or against our allies in the region, then I would certainly expect a devastating response against Iran.”

But he insisted that he doesn’t advocate taking a military action against the Middle Eastern country, saying, “I’m simply delivering the message that if Iran were to attack the United States it would be a grave miscalculation on their part and there would be a furious response.”

The State Department ordered Wednesday all non-emergency personnel at the U.S. Embassy and consulate in Iraq to leave the country amid rising tensions between the U.S. and Iran.

Trump warned Iran on Monday afternoon that it will “suffer greatly” if the country does “anything” in the form of an attack, a remark that came in the wake of revelations that U.S. military experts suggested “Iran or its proxies” damaged four commercial ships off the coast of the United Arab Emirates (UAE) Sunday. 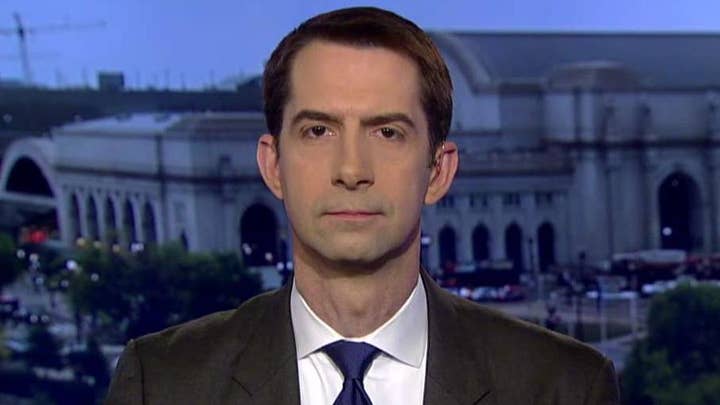 Last week, U.S. officials said urgent "credible threats" from Iran against Americans were detected and the embassy advised against all travel to the region, citing “heightened tensions.”

The president also denied Tuesday the reports that the administration was planning to send more than 100,000 troops to the region in the wake of the war with Iran, but adding, “Would I do that? Absolutely ... If we did that, we’d send a hell of a lot more troops than that.”

Cotton also said during the same PBS appearance that the U.S. doesn’t actually want “to govern Iran” and that it’s up to the ordinary people in the country to topple the regime.

“We don’t want to rule 80 million Iranians, we want 80 million Iranians to be able to govern themselves,” he said, adding that Iran should try to “rejoin the civilized world and stop supporting terrorism and trying to overthrow the governments of so many of its neighbors.”