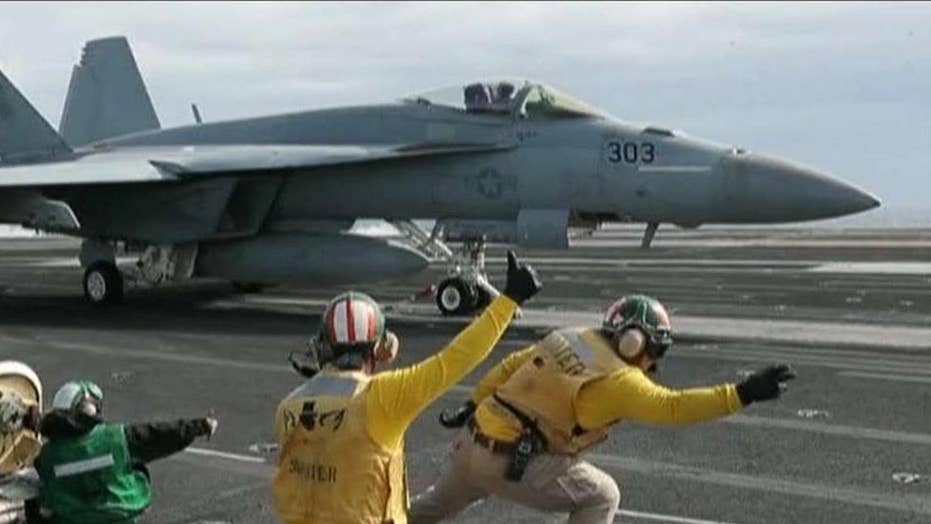 US warns of potential imminent threat to 5,000 troops stationed in Iraq

The State Department has ordered all non-emergency personnel at the U.S. Embassy and consulate in Iraq to leave the country; Lucas Tomlinson has the latest from the Pentagon.

The State Department has ordered all non-emergency personnel at the U.S. Embassy and consulate in Iraq to leave the country amid rising tensions between the U.S. and Iran.

The announcement was made in a security alert on its website early Wednesday morning. The alert also said that normal visa services would be temporarily suspended.

This comes amid a standoff between the U.S. and Iran, which has recently threatened to pull out of the nuclear deal and resume higher uranium enrichment if no new deal is put in place.

The move coincided with Germany's decision on Tuesday to suspend training of Iraqi soldiers due to tensions in the region, though the government indicated no specific threats to its own troops.

German Defense Ministry spokesman Jens Flosdorff says that Germany is “orienting itself toward our partner countries, which have taken this step.”

The country currently has about 160 German soldiers in Iraq as part of the fight against ISIS, about 60 of them at a base north of Baghdad where Iraqi forces are being trained.

Trump warned Iran on Monday afternoon that it will “suffer greatly” if the country does “anything” in the form of an attack, a remark that came in the wake of revelations that U.S. military experts suggested “Iran or its proxies” damaged four commercial ships off the coast of the United Arab Emirates (UAE) Sunday. 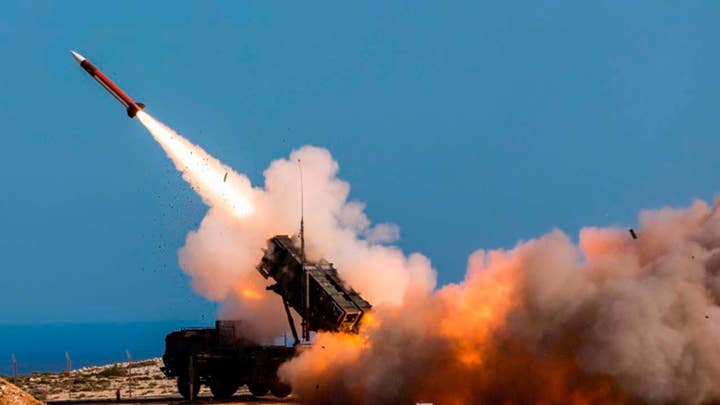 This also came just days before the regime warned it easily could destroy a naval fleet sent by the United States in order to ward off a potential threat to U.S. commercial interests.

“Their billion[-dollar] fleet can be destroyed with one missile,” Ayatollah Tabatabai-Nejad said, according to Reuters.

“If they attempt any move, they will ... [face] dozens of missiles because at that time [government] officials won't be in charge to act cautiously, but instead things will be in the hands of our beloved leader, Ayatollah Ali Khamenei,” he warned.

GEN. JACK KEANE SAYS REPORT TRUMP HAS UPDATED PLANS TO SEND 100,000 TROOPS TO IRAN IS 'DISTORTION OF WHAT REALLY HAPPENS'

Last week, U.S. officials said urgent "credible threats" from Iran against Americans were detected and the embassy advised against all travel to the region, citing “heightened tensions.”

The president denied Tuesday the reports that the administration was planning to send more than 100,000 troops to the region in the wake of the war with Iran, but adding, “Would I do that? Absolutely ... If we did that, we’d send a hell of a lot more troops than that.”

Secretary of State Mike Pompeo backed the president's claim, saying "We fundamentally do not seek war with Iran, we’re looking for the regime to simply stop conducting assassination campaigns throughout Europe,” he said Tuesday in the seaside resort of Sochi, Russia.

Iran's Supreme leader Ayatollah Ali Khamenei also downplayed the escalation. Iran's state TV quoted Khamenei on Tuesday as calling negotiations with the U.S. "poison" and saying: "This is not a military confrontation, because no war is going to happen."