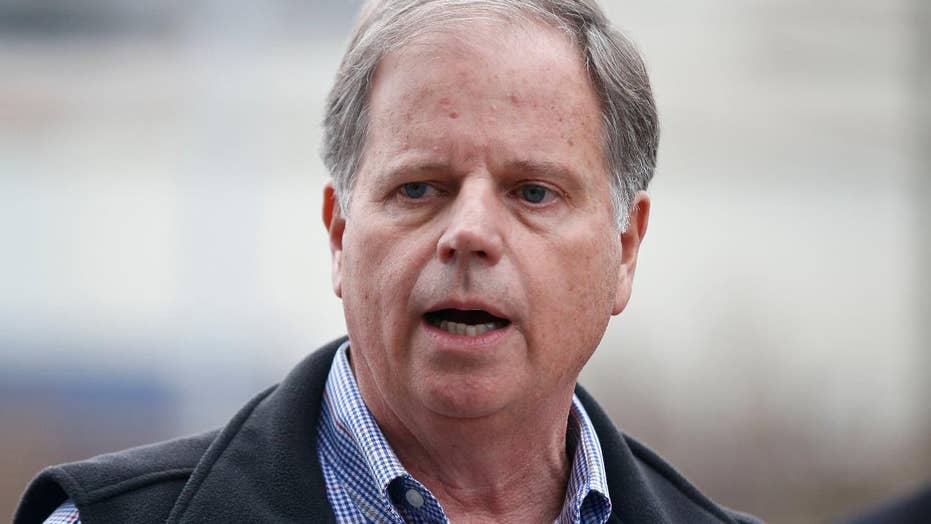 Former President Barack Obama and his veep Joe Biden have recorded robo-calls in support of Democratic Alabama Senate candidate Doug Jones, in a final push to get out the vote ahead of Tuesday’s special election.

A Jones campaign official confirmed the calls to Fox News. They started going out statewide on Monday.

The 11th-hour efforts are being undertaken on both sides. President Trump – who held a rally Friday just across the Alabama state line in Florida where he touted Republican Roy Moore’s candidacy – has also recorded a pro-Moore robo-call.

The national interest reflects the importance to Trump's agenda of keeping the seat in Republican hands.

Moore has been dogged by allegations for weeks that he pursued and even molested teenage women when he was a young prosecutor.

"This is an election to tell the whole world what we stand for," Jones told supporters at one stop Sunday, adding that his campaign "is on the right side of history." At an earlier appearance, he declared Alabama is "at a crossroads" and that Moore, an unapologetic evangelical populist, tries only to "create conflict and division."