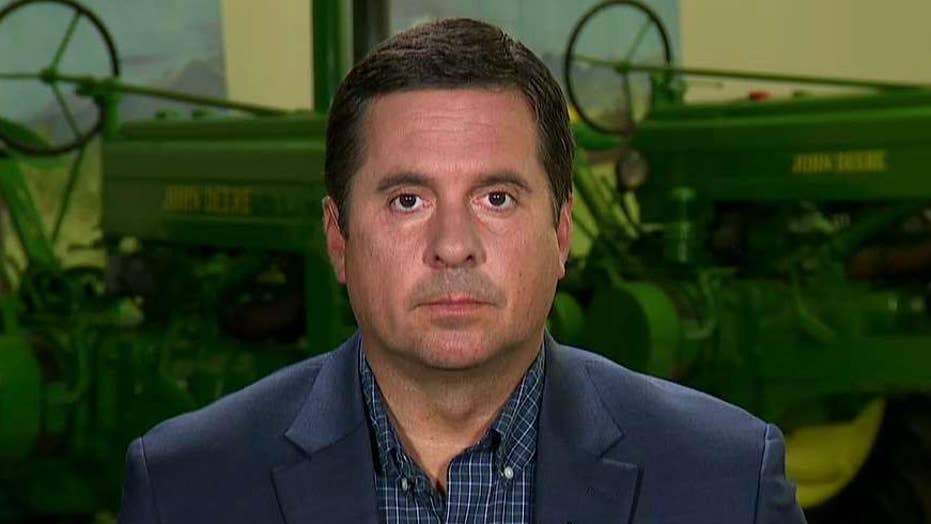 Browder is the CEO and co-founder of Hermitage Capital, which was once the largest foreign portfolio investor in Russia. He told Fox News that Fusion GPS and founder Glenn Simpson were working with Russians who wanted the Magnitsky Act repealed -- and that they "played dirty."

"It appears on a whole range of stories they are in the lying and smear campaigning business," Browder said. "My experience does not look like an isolated incident. These guys play dirty, and I have seen it firsthand.”

He continued: "I had an experience with Glenn Simpson and Fusion GPS in spring 2016 where they were paid agents for individuals connected to the Russian government. They lied to journalists and other thought leaders in Washington about me and the Magnitsky case to have the act repealed.”

Bill Browder was the man who pushed the Sergei Magnitsky Rule of Law Accountability Act, which was passed into U.S. law in 2012. It sanctions and freezes the assets of those the U.S. Congress deems to be human rights abusers.

Browder has worked for years to advocate on behalf of former business associate Sergei Magnitsky, who was imprisoned and died in Russian police custody nearly a decade ago, allegedly beaten to death. Browder had hired Magnitsky to uncover details of a massive $230 million financial fraud in Russia involving corrupt Russian government officials.

In the wake of his colleague's death, Browder advocated for the Magnitsky Act, which was first passed in the U.S. in 2012. The Magnitsky Act brought sanctions against Russian oligarchs suspected of money laundering, and allows the U.S. to impose sanctions on human-rights abusers globally. Last July, Russian President Vladimir Putin mentioned Browder by name during a summit with President Trump in Helsinki.

Browder told Fox News that his work attracted Fusion GPS' attention, and that he filed a complaint with the Justice Department in 2016 alleging that Simpson had committed a "very clear, discrete violation" of the Foreign Agents Registration Act (FARA).

"These guys play dirty, and I have seen it firsthand.”

In his FARA complaint, Browder said several lobbyists, including Simpson, "have failed to file their lobbying activities with the relevant authorities."

Then-Senate Judiciary Committee Chuck Grassley, R-Iowa, put out a press release afterward emphasizing the importance of FARA, and calling for the DOJ to provide updates on the case.

"There is clear evidence since we filed that warrants a proper investigation of his activities," Browder told Fox News. "Simpson was working with a foreign principal. ... [who was] an agent of the Russian government, Natalia Veselnitskaya.”

Veselnitskaya, who was at the center of a controversial 2016 Trump Tower meeting, was charged in federal court earlier this year with obstruction of justice in connection with a civil money laundering and forfeiture case involving a Russian tax refund fraud scheme.

Although possible dirt on Hillary Clinton was reportedly floated in advance of the infamous meeting with Donald Trump Jr., Jared Kushner and Paul Manafort, Veselnitskaya has publicly said she used the meeting to push for repeal of the anti-corruption law.

In his lawsuit, Nunes said Fusion GPS -- the firm paid by the Hillary Clinton campaign and the Democratic National Committee to create the salaciously anti-Trump Steele dossier -- coordinated with another group to file several fraudulent and harassing ethics complaints intended to derail his investigation.

The complaint in the Eastern District of Virginia, which named Simpson and the nonprofit Campaign for Accountability (CfA), said the "smear" tactics kicked in shortly after Simpson "lied" in his closed-door testimony before the House Intelligence Committee in November 2017, as well as before the Senate Judiciary Committee in August 2017.

Fusion GPS did not respond to Fox News' request for comment.

The lawsuit was the latest in a string of filings by Nunes this year, including a $250 million defamation complaint that named Twitter as a defendant, and a $150 million complaint against the news organization McClatchy.

Courts have not yet ruled on the merits of those complaints.