Fox News host Jesse Watters gave his take on President Biden's leadership and how it's like a Danish folk tale Friday on "Jesse Watters Primetime."

JESSE WATTERS: Nearly 200 years ago, a prominent Danish author named Hans Christian Andersen was making a name for himself.

He was also the guy behind the folk tale "The Emperor's New Clothes." ... It tells the story of an emperor known for spending large sums of money on lavish clothing. When two con men hear about this, they trick them into buying what he believes is an extravagant outfit, but it turns out, it's really nothing at all.

It's not just the Secret Service agents who saw him skinny-dipping. We all see that Emperor Joe Biden has no clothes. Joe Biden isn't perfect. Joe Biden isn't making anybody happy. He's not delivering for Republicans or Democrats or anybody, and his polling number are terrible. Democrats are about to get wiped out, and America knows it.

They convinced the emperor that only idiots and fools can't see the beautiful garments, so everybody plays along, not wanting to admit that they're too stupid to see, but really, the emperor was completely naked the whole time, which the emperor knew too, but was too arrogant to acknowledge to the con men, lest they think he was a fool as well. It wasn't until a little kid pointed out that the emperor has no clothes on before everybody woke up to the lie.

If no one is willing to speak out against the mainstream, then doesn't that make us all fools and easily conned? Enter Joe Biden and the Democrat Party. For the last year, America's left-wing party has been telling us Joe Biden is just the greatest.

But like Hans Christian Andersen showed us, sometimes it takes just one kid to point out the emperor has no clothes. 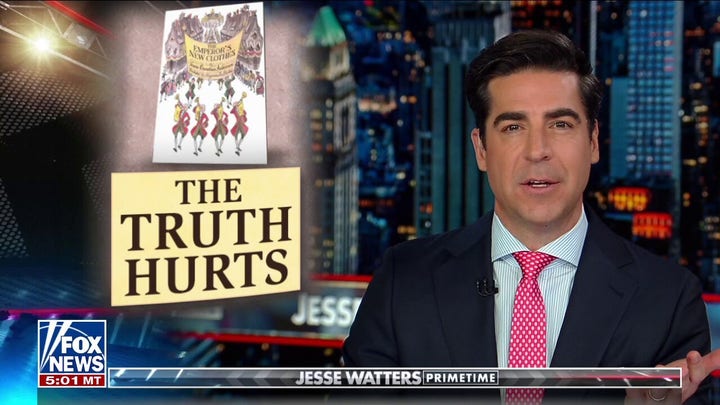