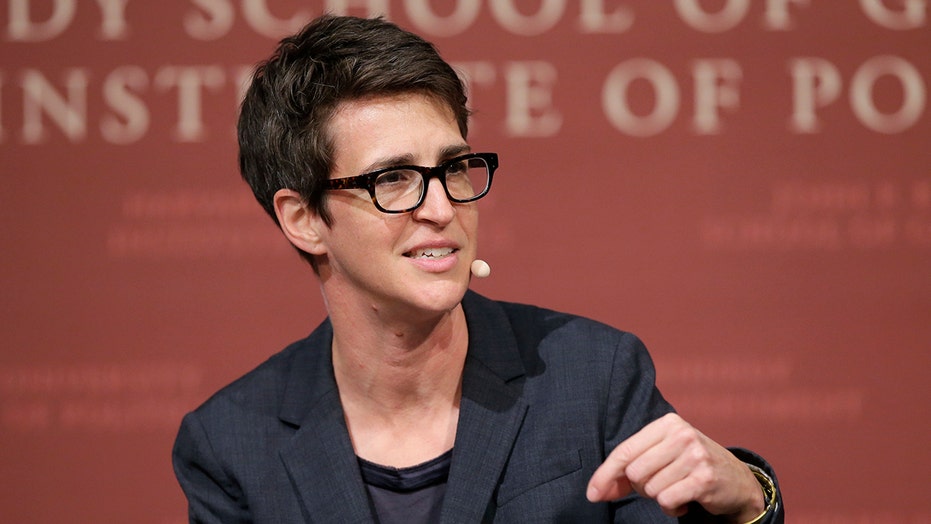 In a stunning takedown of MSNBC host Rachel Maddow, Washington Post media critic Erik Wemple wrote Thursday that the liberal cable news star “rooted for” British ex-spy Christopher Steele’s dossier, which served as the basis for Foreign Intelligence Surveillance Act (FISA) warrants against Trump campaign official Carter Page, to be the smoking gun that would force the president out of office.

In an op-ed titled, “Rachel Maddow rooted for the Steele dossier to be true. Then it fell apart,” Wemple wrote, “She seemed to be rooting for the document.” He added, “As part of her Russianist phase, Maddow became a clearinghouse for news increments regarding the dossier.”

Wemple’s piece was part of a serialized post-mortem on the media’s handling of the Steele dossier, since thoroughly debunked by Justice Department Inspector General Michael E. Horowitz.

Earlier this month, Horowitz released the highly anticipated findings from his nearly two-year review concerning the origins of the Russia investigation in a 476-page report, which generally found that agents were justified in launching the investigation known as Crossfire Hurricane, as well as investigations into Trump associates. However, the inspector general found that the FBI did not have any specific information corroborating allegations against Page from Steele’s dossier.

In addition to the lack of corroboration, the inspector general found that the FBI’s interviews of Steele and his sub-sources “revealed potentially serious problems with Steele’s description of information in his election reports.” The report stated that the FBI “failed to notify” the Office of Investigations, which was working on the Page FISA applications, “of the potentially serious problems identified with Steele’s election reporting that arose as early as January 2017.”

CIA officials argued that Steele’s reporting was simply "Internet rumor," according to the report.

“When small bits of news arose in favor of the dossier, the franchise MSNBC host pumped air into them,” Wemple wrote in Thursday’s op-ed. “At least some of her many fans surely came away from her broadcasts thinking the dossier was a serious piece of investigative research, not the flimflam, quick-twitch game of telephone outlined in the Horowitz report.”

Wemple continued, “When large bits of news arose against the dossier, Maddow found other topics more compelling.” He added, “She was there for the bunkings, absent for the debunkings — a pattern of misleading and dishonest asymmetry.”

Wemple noted that the host said, “Above all else, we know this about the now-famous dossier: Christopher Steele had this story before the rest of America did, and he got it from Russian sources.” Wemple added that Maddow “used the term ‘deep cover sources’ to describe Steele’s network.”

He then pointed out, “According to the Horowitz report, the ‘Primary Sub-source’ for the dossier told the FBI that the information he/she passed along amounted to ‘word of mouth and hearsay.’”

In his op-ed, Wemple pointed to a “key exchange” in the October edition of the podcast Skullduggery, during which Michael Isikoff of Yahoo News pressed Maddow on her show’s approach to Russia.