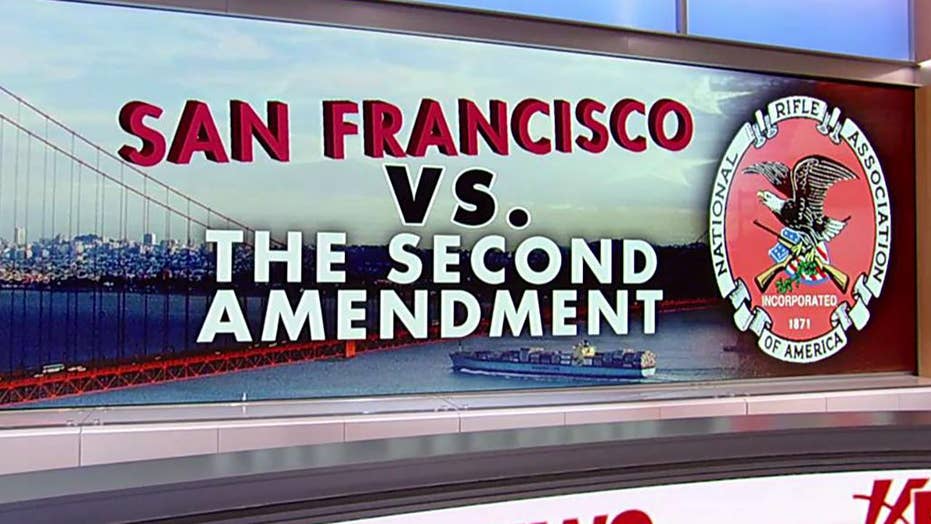 MSNBC host Rachel Maddow claimed Tuesday night that the "implosion" of the National Rifle Association (NRA) would be the biggest political news story if it weren't for the impeachment of President Trump.

Maddow began by touting the NRA's "legendary" power and major influence over politicians -- and then highlighted the rather turbulent year for the prominent guns rights organization. This included the revelation of Russia agent Maria Butina's attempt to infiltrate the group during the 2016 election and reports of the nonprofit's suspicious spending, which sparked an avalanche of lawsuits and investigations.

The liberal cable news star then pointed to the exit of NRA President Lt. Col. Oliver North and how the "drama" that has unfolded unleashed a "cascade of terrible and increasingly damning and embarrassing revelations" on the NRA's spending of donations, including the $200,000 reportedly spent on NRA CEO Wayne LaPierre's clothes and over $240,000 on lavish trips abroad.

MSNBC GUEST SUGGESTS RACISM IS WHAT GOT EVANGELICALS INVOLVED IN POLITICS

"And the reason all of this is not just embarrassing but potentially is real troubling for the NRA is that the NRA is a nonprofit organization and there are rules, there are laws about how a non-profit can spend its members' money," Maddow explained. "Take all of Wayne LaPierre's spending habits with NRA members' money, add that to evidence that hundreds of thousands of dollars flowed from the NRA to its own board members, that's them paying themselves. Add in the red flags about the way the NRA has diverted money from what's supposed to be its charitable foundation. Put it all together and it's no wonder the NRA appears to now be very worried about an ever-widening investigation by the attorney general of the state of New York."

"If the NRA’s behavior has been bad enough, New York could conceivably revoke its nonprofit status and shut it down which is what the state of New York just did with Donald Trump’s charitable foundation this year.”

Maddow claimed that the troubles at the NRA are not only a "huge deal" but a "show-stopping deal," pointing to its shutdown of NRATV.

"The once fearsome NRA, the most powerful entity in conservative politics... I mean, they're in free-fall," Maddow continued. "And I think it's fair to say that in any other time, in any other news environment, the implosion of one of the country's most fearsome conservative political machines... we would be watching that slow-motion car crash endlessly. That would be the biggest political news story in the country for a long time, but with this president in the middle of an impeachment, it's like ... just one more tree falling in the forest."