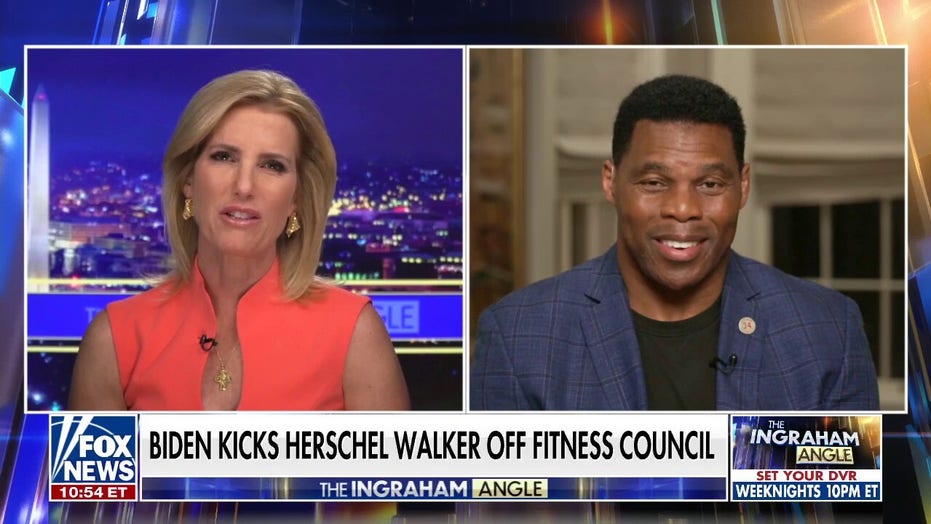 Biden is doubling down: Walker

Hershel Walker says on 'The Ingraham Angle' that the Biden administration is doubling down on failed energy policies instead of restrategizing.

Former football running back Herschel Walker blasted President Biden for having the wrong priorities after he was asked to resign from the presidential fitness council by the White House on Thursday.

Walker, a U.S. Senate candidate for Georgia, told "The Ingraham Angle" he is refusing to resign.

"With so much going on in this country, I cannot believe he's going to think that Herschel Walker is going to quit," he said.

"I'm not going to quit, so I reckon they're going to fire me, but I haven't got the letter that they fired me yet."

Fox News host Laura Ingraham asked Walker about rising prices and inflation, and whether he believed it would get worse.

He said: "Right now, [the Biden administration is] doubling down … and blaming everyone else. Right now, we can be energy-independent — they don't even want to do that."

Democrats are hurting Georgia and the rest of America, trying to make the United States "terrible" and put it in second place, he added.

In August 2021, Walker announced that he was running for Senate.

"I will stand up for conservative values and get our country moving in the right direction," he said at the time. "It is time to have leaders in Washington who will fight to protect the American Dream for everybody." 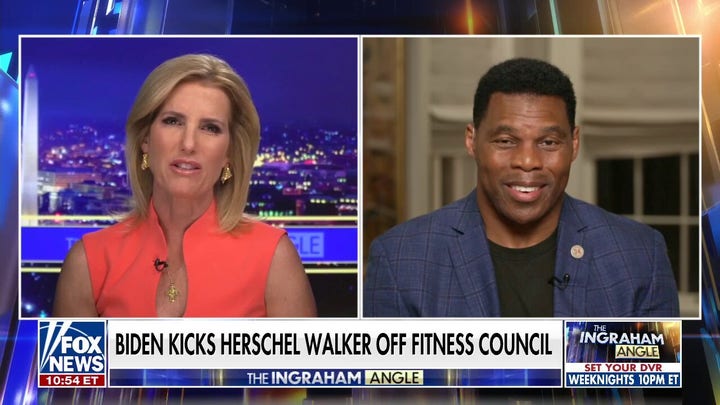