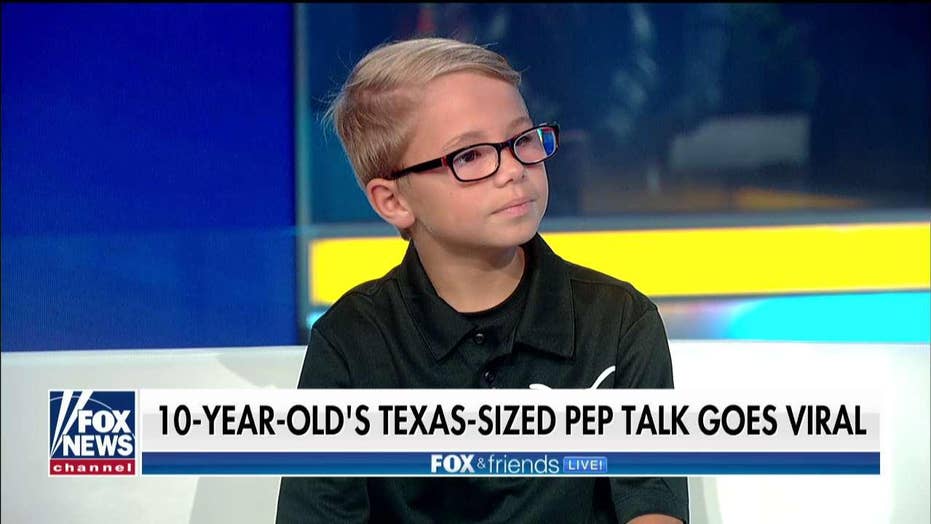 Some dubbed him the "mini Tom Brady" and the six-time Super Bowl champion reportedly liked the video on Instagram.

Lane said Friday that the team really responded positively to the speech.

"They played as great as they could," he said. "They were running all over the field. They were stopping them from ever getting to the end zone. There was one point when they got to the five-yard line. We drove them all the way back to our goal."

The speech worked, as the final score was 6-0 Mavericks.

"I think that they just knew that to be determined means to have glory and be victorious in the end," he told the "Friends" co-hosts. 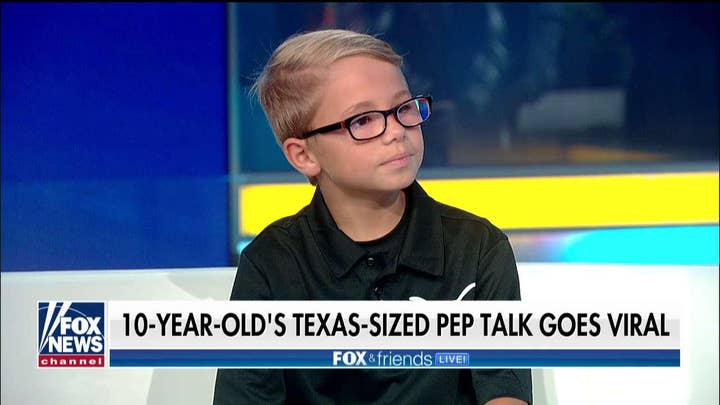 Lane then gave the show's live studio audience their own pep talk, in the hopes they could win just as big:

"We all have been knocked down in the past.

We've all had hard times, but does that really matter?

Just because the world knocks you down, doesn't mean you can't get up.

You are more powerful than the world because you have the ability to change it.

So, when you get knocked down just remember: You are stronger and you are braver."

The pep talk drew a raucous response from the crowd.

"I would like you to coach the Giants," host Brian Kilmeade joked.