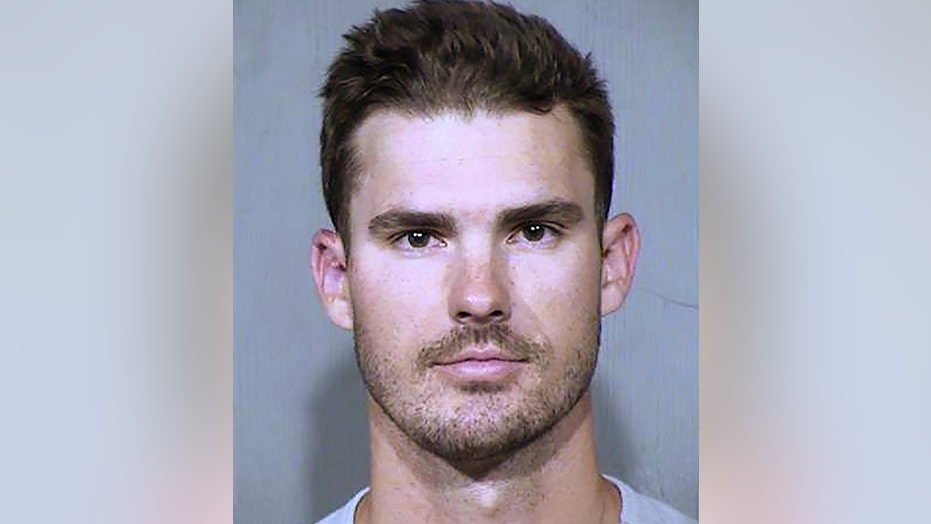 San Diego Padres pitcher Jacob Nix was reportedly arrested in Arizona on Sunday after he allegedly tried breaking into a home by squeezing through a doggy door.

Nix, 23, was with teammate Tom Cosgrove when the men entered a Phoenix yard at around 3:30 a.m. and tried to enter a home on the property, the Maricopa County Sheriff’s Office said.

Nix -- who's 6-foot-4, 220 pounds -- allegedly tried getting in through a doggy door, but he was only partially inside the house when the homeowner, who'd already called the police, confronted Nix by kicking him in the face and then shocking him with a Taser.

Nix and Cosgrove allegedly ran from the home but the duo was soon corralled by responding officers, according to FOX5 San Diego.

Nix reportedly told police he believed he was entering his own home -- even though his home doesn’t have a doggy door. He couldn’t explain why he chose to enter through the canine entrance, officials said.

Nix was released by authorities and has a preliminary hearing scheduled for Oct. 16.

It doesn’t appear Cosgrove was disciplined in the matter.

“We are aware of the alleged incident involving Jacob Nix last Sunday in Arizona,” the Padres said in a statement. “We take this matter seriously and have been in contact with the Commissioner’s Office and local authorities. Due to the ongoing legal proceedings, we will not have any further comment at this time.”

Authorities on Friday were still investigating the issue.

Nix spent the 2019 season in the Padres' minor league system, appearing in six games across four different minor league levels. He was selected in the third round of the 2015 MLB draft and made his major league debut in 2018, going 2-5 with a 7.02 ERA in nine starts. Cosgrove has yet to appear in the majors.