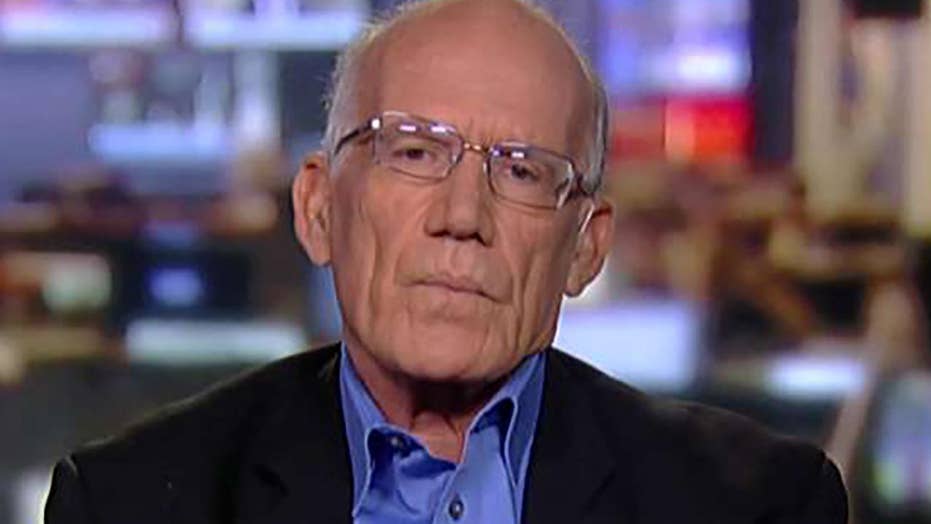 Hoover Institution fellow Victor Davis Hanson said Wednesday that 2020 presidential hopeful Rep. Tulsi Gabbard, D-Hawaii, has joined the “Trump club,” after the congresswoman pushed back against CNN and The New York Times for calling her an "asset of Russia."

"Welcome to the Trump club because that’s exactly the term that [former Director of National Intelligence] James Clapper used to Trump: he was a Russian asset," Hanson told “Fox & Friends.”

While The New York Times and CNN were moderating the Democrats’ 2020 primary debate in Westerville, Ohio, on Tuesday night, Gabbard called out both news organizations for previously “smearing” her reputation.

"The New York Times and CNN have also smeared veterans like myself for calling for an end to this regime-change war," she said, apparently gesturing toward the moderators.

She had been asked about Syria, where President Trump recently ordered the withdrawal of U.S. troops from the country's north.

JAMES CLAPPER DEFENDS HIS TRUMP-RUSSIA COMMENTARY ON CNN: 'I'VE TRIED TO BE FACTUAL AND TEMPERATE-MINDED'

She added: "Just two days ago, The New York Times put out an article saying that I'm a Russian asset and an Assad apologist and all these different smears. This morning, a CNN commentator said on national television that I'm an asset of Russia — completely despicable."

“A lot of the things Trump was trying to do, because of this weird news cycle, people ended up enhancing his position. This is another example. She’s basically saying don’t treat me like Trump,” Hanson said.