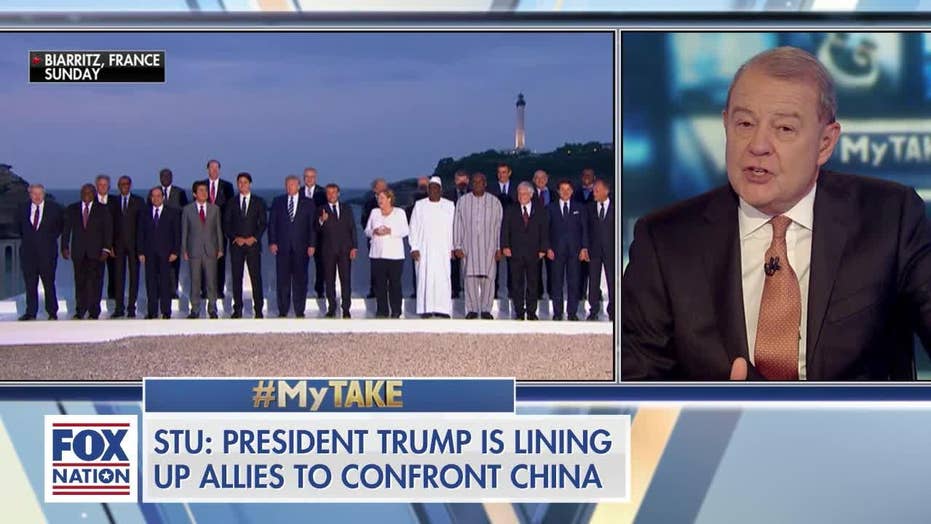 Stuart Varney on President Trump at the G-7: He "Dominated"

Fox Business Network's Stuart Varney has a message for Americans, after a deluge of criticism of President Trump's performance at the G-7 meetings in France.

"No matter what you read and hear from the media, this G-7 was all about Trump re-aligning the world -- reshaping the world economy with America's interests first and foremost," said Varney on Fox Nation's "My Take."

After President Trump's news conference, at the conclusion of the summit on Monday, CNN's Jim Acosta said, "I think perhaps one of the biggest headlines coming out of this press conference that we just witnessed here in France is that the President would not be pinned down on this question of climate change."

Varney said that analysis misses the point.  "Trade was the headline issue ... A deal with Japan -- they will import a lot more of our agricultural product. Britain gets a major trade deal after Brexit, and there's dialogue with Germany on car tariffs as well, but the most important -- China," stressed Varney.

At the press conference Monday, President Trump said, “China wants to make a deal. And I tell this to President Xi [Jinping] who I really respect ... I told him very strongly, I said 'Look, you’re making $500 billion a year and stealing our intellectual property…We can’t make a 50-50 deal ... If it’s not better, I don’t want to do business.”

Varney believes that it is time for America's European allies to get on board with the President's agenda.  "Europeans are frankly scared of America. Their economies are sinking.  They've entered the fantasy land of negative interest rates. Their money is pouring over here, and they just don't know what to do.  My advice -- jump on the Trump train and quit whining about Iran and climate change," advised Varney.