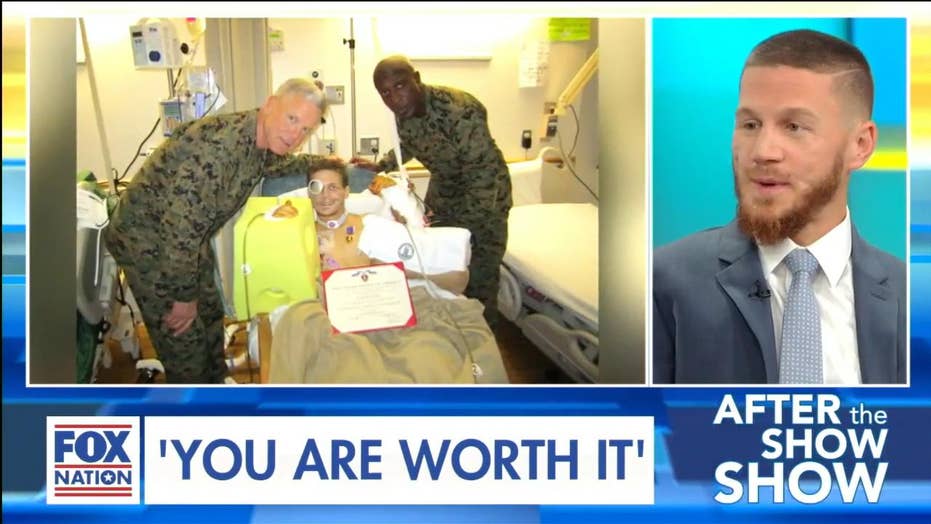 U.S. Marine who sustained critical injuries after jumping on grenade has message for Americans: “You are worth it”

Retired U.S. Marine Corps Cpl. Kyle Carpenter reflected on his time serving in Afghanistan and discussed how he turned his injury into opportunity in his new memoir, "You Are Worth It."

Highlighting his book on Fox Nation's "After the Show Show," Carpenter shared his motivation behind his work, nine years after his life changed forever.

"Many of the lessons and perspectives that I've discussed came because I was forced to search for those silver linings during those long dark and painful nights in the hospital."

"I wrote this book to transcend all boundaries," Carpenter said. "I didn't want only veterans or service members, or people that had been to combat, to only be able to take something from it. I wanted anyone to pick it up and not only be able to understand it, but to take lessons from it."

"Many of the lessons and perspectives that I've discussed came because I was forced to search for those silver linings during those long dark and painful nights in the hospital," Carpenter continued.

"But now, I'm so thankful that I've had these amazing experiences from this bonus round that I'm living to tell people that it's about perspective and how you look at things and that you can truly come back better and stronger than you were before... and come back smiling," he added.

In the Fox Nation episode, Carpenter opened up about jumping on a grenade to save a fellow Marine's life in Marjah, Afghanistan, what his act of bravery cost him, and how he found his way out of the darkness.

"I jumped on the grenade that was thrown at myself and my friend," Carpenter explained. "I don't recommend it," he joked.

Carpenter sustained critical injuries including multiple shrapnel wounds, along with the loss of his right eye and many of his teeth. He was flown to Walter Reed Military hospital where he underwent more than 40 surgeries, he explained -- but he managed to find a silver lining throughout it all. 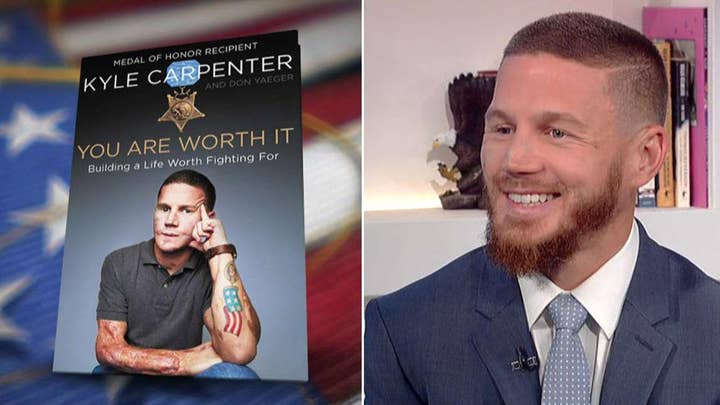 At one point in the segment, Carpenter got emotional as he described waking up five weeks after the blast, surrounded by his family who have been by his side since Day One.

Reflecting on the incident that changed his life in 2010, he said he had no regrets. When others thanked him for his service and sacrifice, Carpenter had a simple, albeit powerful response: "You Are Worth It."

To see the full episode and for more details on Carpenter's inspiring story, including his strength and fortitude detailed in his new book, join Fox Nation and watch "After the Show Show" today.