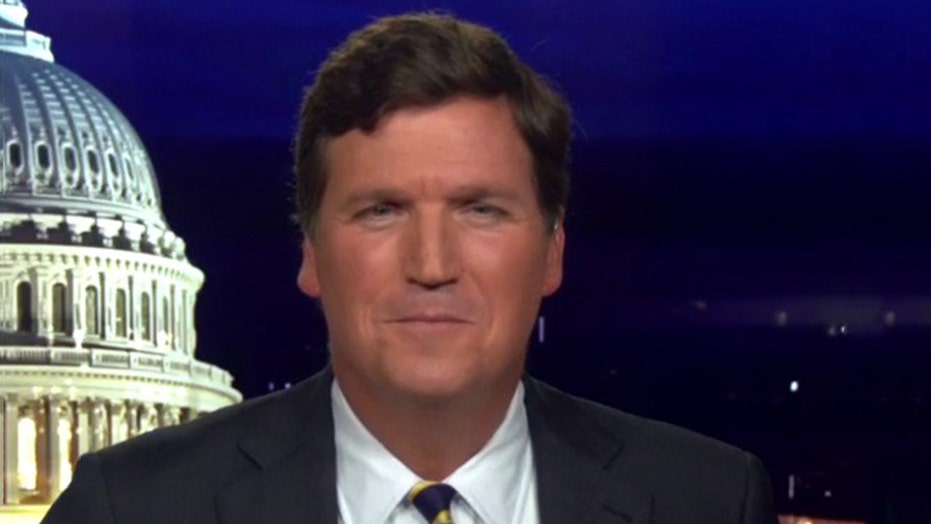 Tucker: Impeachment is finally over

Tucker Carlson gave his last monologue on the Senate impeachment trial of President Trump Wednesday, mocking Democrats for their actions and asking what the point of it all was.

"Impeachment is finally over. The result was never in doubt. The whole thing was like watching 'Titanic,' really," Carlson said on "Tucker Carlson Tonight."

Carlson refused to name Sen. Mitt Romney, R-Utah, the only GOP member to break rank with his party and vote to remove Trump from office.

"A lone Republican, as you may have read, defected and joined the Democrats," Carlson said. "That senator shall go unnamed on this show on the grounds that silly moral preening should not be rewarded with the publicity it is designed to garner."

"We did learn quite a bit about some of the characters involved in the farce. We found out that Adam Schiff is a budding thespian. Who knew?" Carlson said. "We also saw that Nancy Pelosi isn't simply the leader of a political party. She's also a woman of profound faith as well as bottomless sadness. Her days are consumed by praying and weeping."

The host then broadened the scope of his mockery to take in the entire Washington establishment for their obsession with the largely drama-free proceedings.

"If there's any good news to come from impeachment is that we now know what really matters to our leaders in Washington. If you guessed your safety, happiness and well-being, we're gonna have to pause here to giggle bitterly. It's definitely not that," Carlson said. "It is our highest and most sacred duty to support the people of Ukraine. And needless to say, that includes giving them sophisticated weapons systems whenever they ask for them and never, ever delaying the delivery of those weapons even for a moment."