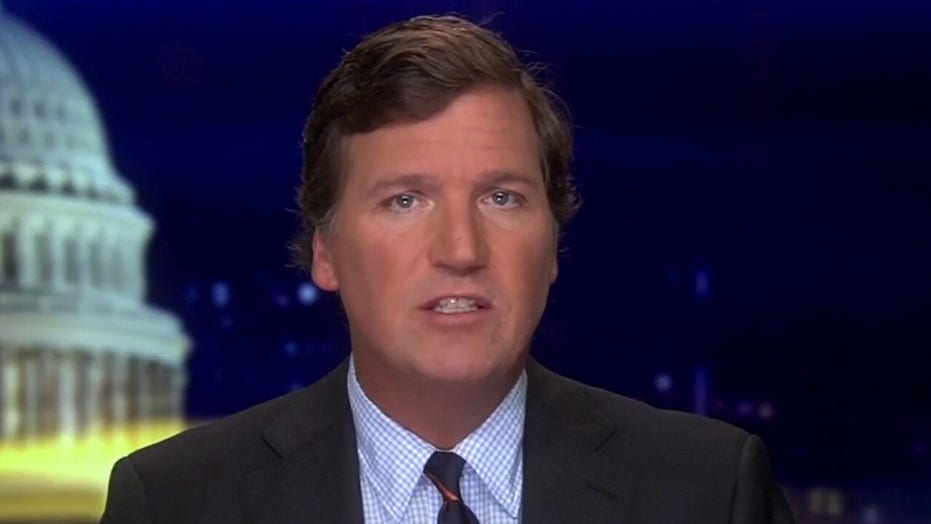 Tucker: In a crisis, nothing is more important than staying connected to reality

Facts change very fast; it's easy to miss them and get trapped in a storyline you created weeks or months before.

Tucker Carlson continued to speak out Thursday about the necessity of a plan to begin reopening America for business once the scale of the coronavirus pandemic in the U.S. becomes manageable.

"Facts change very fast. It's easy to miss them and instead get trapped in the storyline that you created weeks or months before. That's especially a temptation in the news business. But it's how terrible decisions get made," the "Tucker Carlson Tonight" host said. "The people making those decisions don't look up long enough to notice that their assumptions were wrong."

Carlson criticized some members of the media for their framing of the news that 6.6 million more people had filed for unemployment insurance last week, playing a clip of MSNBC host Stephanie Ruhle saying that while the numbers were "upsetting" and "jarring," "it also means that Americans are going home, which was what we need them to do."

"If you find yourself saying something like that out loud, pause for a moment and listen to your own words. It means you've lost perspective," Carlson said. "We should give everyone the benefit of the doubt. Americans are tired and fearful. They're frayed from weeks of uncertainty and sadness. But that does not eliminate our obligation to think as clearly as we can, because at some point we're going to have to pivot from our current lockdown to whatever comes next."

Carlson defended Americans tired of being restricted by the coronavirus pandemic, saying the country deserves a clear outline of the path forward.

"How do you move a nation of 320 million people from isolation and joblessness back to something better?" he asked. "You don't hear many people talking about that right now in any detail, but you should be."

The host suggested that the U.S. should watch how the planned lifting of restrictions progresses in other countries that have been affected by the virus.

"Per capita, Austria has been affected in very much the same way by coronavirus as we have here. Next week, the Austrian government will allow most small businesses to reopen," Carlson added. "We can't copy every move the Austrians make and expect the same results. But we can watch carefully and learn from what they're doing and what other countries have done. And we should do that."