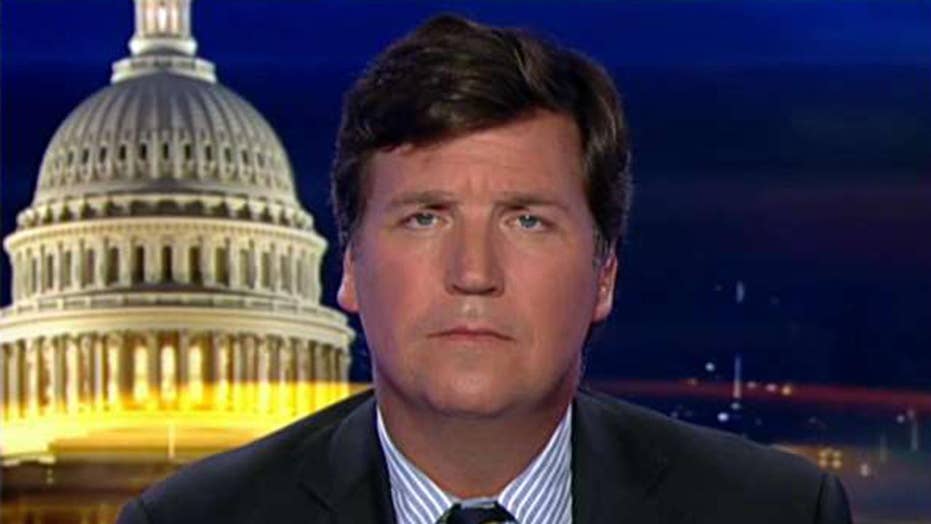 Media pundits cry for impeachment as Nancy Pelosi pushed to avoid it.

Tucker Carlson reflected Monday on House Democrats' impeachment push, declaring that Democrats have "lost" public support on the issue and the media is to blame.

"Democrats have been talking about impeachment since the very day that Trump was inaugurated, but until recently, no one here in Washington took that idea very seriously," Carlson said on "Tucker Carlson Tonight. "Suddenly, we had impeachment hearings playing out live on TV. Nobody explained why. Looking back, what exactly happened? Well, part of the answer is that Democrats were simply responding to their own cheerleaders on cable news."

Carlson played a montage of clips from CNN and MSNBC hosts addressing the importance of impeachment hearings.

"It's a national emergency and if they don't impeach,  Democrats ... will abdicate their solemn constitutional responsibility. Democrats literally have no choice but to undo the 2016 election," Carlson said. "That's what the hair hats on TV -- the men who wear makeup and yell at their assistants -- were telling Democratic leaders night after night, after night."

"They spent two weeks telling you that Donald Trump is a criminal," Carlson added. "And by the end, more people sympathized with Donald Trump."

The host brought up recent polling showing that Americans were disinterested in impeachment and concerned with other issues before blasting CNN President Jeff Zucker.

"How did Democrats miss them? Well, because they only talk to each other. This is what happens when you let Jeff Zucker run your political party," Carlson said. "You start to imagine that the CNN primetime lineup somehow speaks for America rather than for a tiny, out-of-touch little part of it."

"Do you think President Trump should be impeached?" Jake Tapper asked Schiff on CNN's "State of the Union."

"I want to discuss this with my constituents and my colleagues before I make a final judgment on it," Schiff responded.

"He's going to prayerfully consider it over the holiday weekend. Just alone, just in some reflection. That's Adam Schiff's position," Carlson said reacting to a clip. "In other words, it's over. Democrats lost."