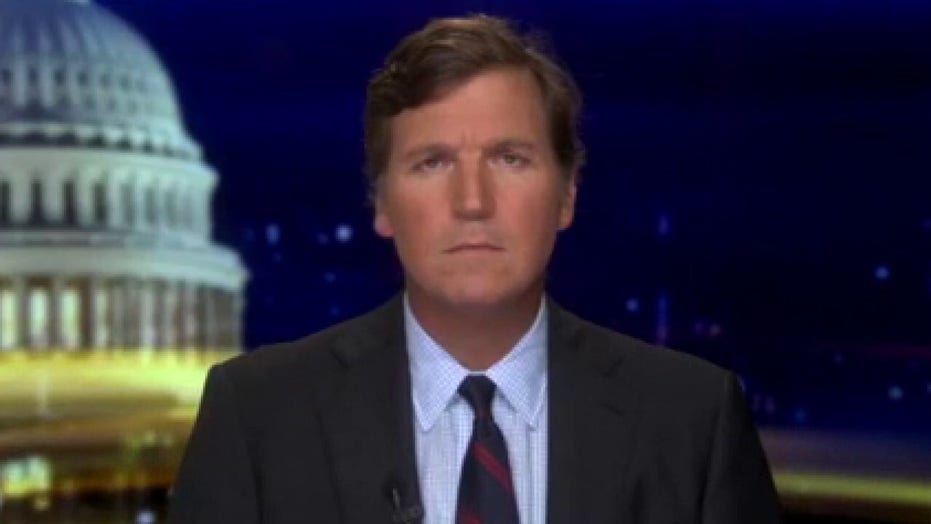 Rep. Adam Schiff and the entire apparatus of official Washington has been exposed by these transcripts, as well as by the documents just released in the Michael Flynn case.

Tucker Carlson blasted the Washington establishment Friday night for getting bogged down in the Russia investigation for three years and ignoring other important issues that have come to light as a result of the coronavirus pandemic.

"Issues like the dangerous rise of Chinese global dominance, the porousness of our domestic borders, this country's crumbling infrastructure, government corruption and incompetence," Carlson said on "Tucker Carlson Tonight." "We're talking about all of this. Over the past two months, you may have asked yourself, 'Why weren't we talking about these things before? They're important.' Well, it's a good question, and there's a simple answer to it.

"The answer is, we didn't have time. There was no time to consider the fundamental health of America because we were busy talking about Russia," Carlson went on. "In Washington, Russia is all we talked about for three years. All normal business in the capital city came to a halt as we embarked on a bizarre scavenger hunt in search of Vladimir Putin's spies."

The host was reacting to the House Intelligence Committee's Thursday release of dozens of transcripts of interviews during its Russia probe in 2017 and 2018 following demands by Republicans to make them public after they were cleared by the intelligence community.

The transcripts included testimony from many officials who said they were unaware of evidence showing coordination between the Trump team and the Russians.

In a statement, committee chairman Adam Schiff, D-Calif., did not back down from his contention -- fiercely disputed by Republicans -- that President Trump and his campaign "invited illicit Russian help" to win the 2016 election.

Carlson blasted Schiff for his role in the investigation and his defiance, calling on him to resign.

"Adam Schiff is a sociopath. He will do or say anything to achieve power. He is unfit to hold office. He should resign," Carlson said. "And not just Adam Schiff. The entire apparatus of official Washington has been exposed by these transcripts as well as by the documents just released in the Michael Flynn case."