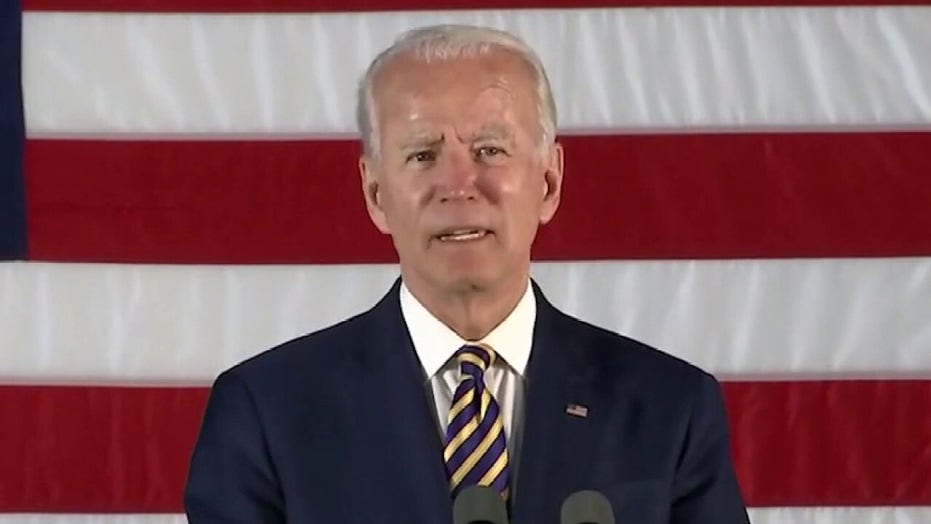 President Trump pushed back on a wave of polling that showed him losing to former Vice President Joe Biden, saying on Thursday that many polls were "fake" and a form of "suppression."

"It's like with Hillary [Clinton]," he said, referring to the former Democratic presidential nominee. "I was behind in the polls in the battleground states in every poll, and then I ended up winning all those states ... and winning states that I wasn't even supposed to be in play."

CHRIS STIREWALT: TRUMP CAMPAIGN IS 'DEMONSTRABLY WORSE OFF' THAN IN 2016

He added that many polls were "fake" and referred to as "suppression polls" because they're designed to "take people's enthusiasm away."

A long list of polls have put Biden several points ahead of Trump in general election matchups — although the president has been able to top Biden in North Carolina and Pennsylvania, both of which are generally considered purple states.

However, media critics have repeatedly panned pollsters for the onslaught of data that showed Clinton beating Trump before the 2016 election. Perhaps most notably, The New York Times gave Clinton a 91 percent chance of winning compared to Trump's 9 percent.

Renowned election site FiveThirtyEight, which analyzes poll results, predicted that Trump would lose Florida, Michigan, Pennsylvania and Wisconsin — all major battleground states that he ended up taking on election night.