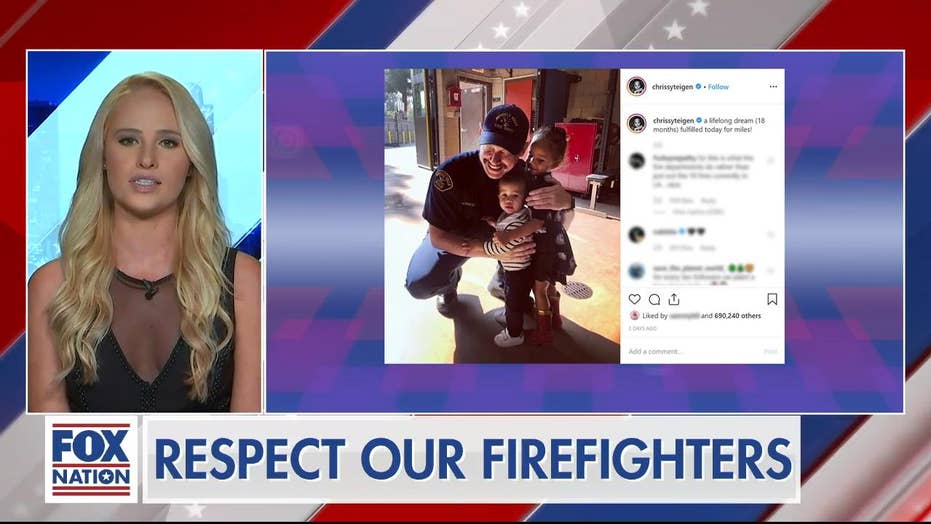 Tomi Lahren comes to Chrissy Teigen's defense in rare moment on-air: She 'shocked the hell out of me'

"Hell hath frozen over, Chrissy Teigen said something I actually agree with and I will always give credit where credit is due," Lahren said on Fox Nation's "Final Thoughts."

Earlier this week, Teigen took to Instagram to share a photo of her two kids, 1-year-old Miles and 3-year-old Luna hugging a Beverly Hills firefighter.

While most found the photo heartwarming, one Instagram user took issue with the post, suggesting the firefighter was misusing his time amid continuing wildfires ravaging California.

"So this is what the fire departments do rather than put out the 10 fires currently in LA... nice," the user wrote.

"Yes, the normally filthy-mouthed Chrissy Teigen, who along with her husband John Legend has a history of spouting nasty anti-law enforcement sentiments shocked the hell out of me yesterday when she stood up for a local firefighter," Lahren said.

In September, Lahren called Teigen "filthy-mouthed" after she publically called President Trump  a “p***y a** b****.” In a later interview on "Watters' World," Lahren revealed that Teigen blocked her on Twitter because “clearly she’s got a little ego bruising from several conservatives.”

"Now," Lahren said on the Fox Nation show coming to her defense, "Chrissy has been known to clap back at haters, but this time I actually agree with her. She responded with language that is a bit too filthy-mouthed for me to share but…you get the idea. Point is, she wasn’t having it and I gotta say, bravo, Chrissy."

Later in the segment, Lahren reiterated her praise for firefighters and first responders, specifically thanking those in California who have "been through hell this year."

"From the Getty Fire in West LA to the Kincade Fire in Sonoma County and the Tick Fire in Santa Clarita, our firefighters and first responders have literally been through hell this year. They have selflessly risked their lives saving people, homes, and animals and have done it without complaint," Lahren said. 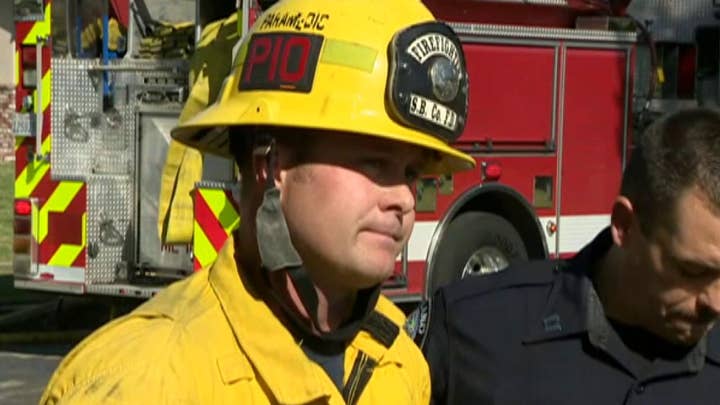 Lahren also discussed Lt. Jason Menard, 39, who was killed earlier this week battling a multifamily house fire in Massachusetts. Menard helped two members of his crew escape, but he was unable to do so himself, according to Worcester Fire Chief Michael Lavoie.

"Lt. Menard gave his life for his community and saved his fellow men. He is a hero and a hero remembered, never dies. He, like all of our first responders, was willing to put his life on the line, willing to leave his own family to save yours, was willing to die to protect others," Lahren said.

"Please," she continued, "keep his family, friends, and fellow firefighters in your thoughts and prayers and hug your own family tightly. You never know when it will be the last time you get to do that. "