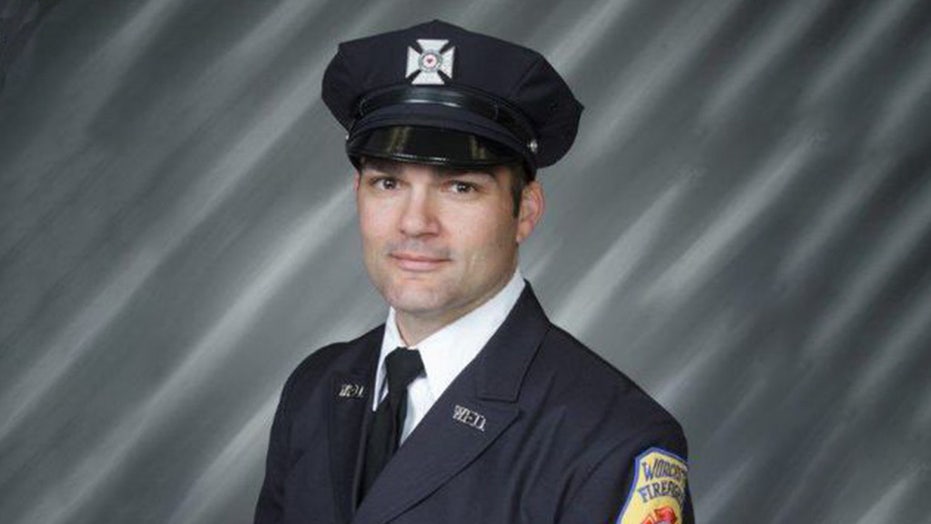 Worcester Fire Chief Michael Lavoie said that Lt. Jason Menard, 39, and his crew were trapped on the third floor of the home. Menard helped two members of his crew escape, but he was unable to do so himself.

A union official said Menard was preparing to take his family on a trip to Disney World just after his shift ended Wednesday.

“They are now instead planning a hero's sendoff," said Michael Papagni, president of Worcester Firefighters Local 1009.

Menard “heroically and selflessly saved his crew, helping a probationary firefighter to the stairs and then returning to rescue another trapped firefighter, assisting him out the window,” Lavoie said.

Menard and three other firefighters were taken to the hospital. Menard was declared dead while another firefighter was in serious condition. Two were treated and released.

Cold temperatures made it especially difficult for the firefighters to quell the flames, but the cause of the blaze remains under investigation.

Menard was a member of the fire department since 2010. He leaves behind his wife Tina, three children and his parents.

Around 15 residents were displaced as a result of the fire and are now in the care of the Red Cross. One resident of the home was taken to the hospital with serious injuries, but no other civilian injuries were reported.

Massachusetts’ second-largest city lost firefighter Christopher Roy less than a year ago, just before the 20th anniversary of the deadly warehouse blaze of 1999, which took the lives of six Worcester firefighters.