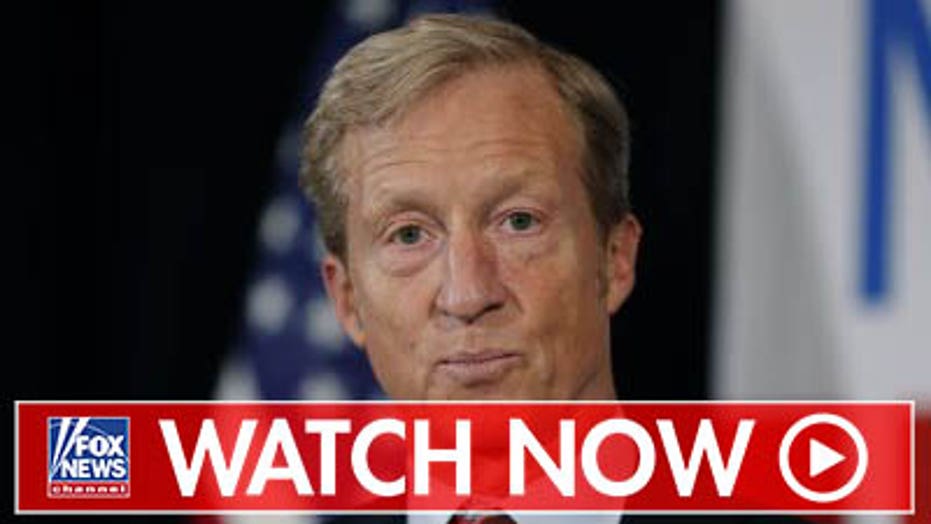 Billionaire Tom Steyer hopes to make September's Democratic presidential debates, but his history is antithetical to current party orthodoxy, according to Chris Plante.

"This is all such a horrible cable television show at this point," he said of the Democrats' 2020 field. "Tom Steyer is a San Francisco billionaire hedge fund manager who made piles of money on coal and coal mines, and on private prisons. I think this guy is supposed to be the antithesis of everything today's Democratic Party represents." 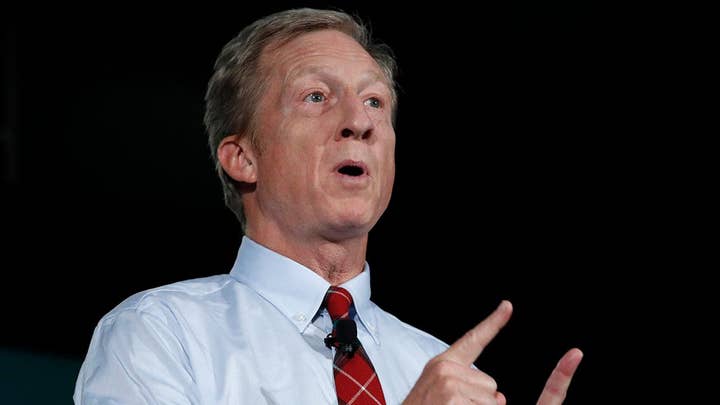 Plante said Steyer has spent large sums in support of his own candidacy over the past several months -- including millions on Facebook and television ads and tens of millions on his "Need to Impeach" initiative.

The commentator said Steyer has reportedly met the 130,000-donor threshold to make the next debates, but may yet need to reach the polling percentage requirement.

"Isn't he everything that the Democrats hate?" he asked.

"He should really just buy Gallup," he added.

In recent remarks played by host Mark Steyn, Steyer demanded that President Trump be impeached and called him a racist.

"For two years, we've been saying 'impeach this man' and get him out of office, because he's broken the law, because he's met the criteria for impeachment and because he's a racist. That's always been in the background. You never see one cockroach with Donald Trump -- all the cockroaches are there," Steyer said.