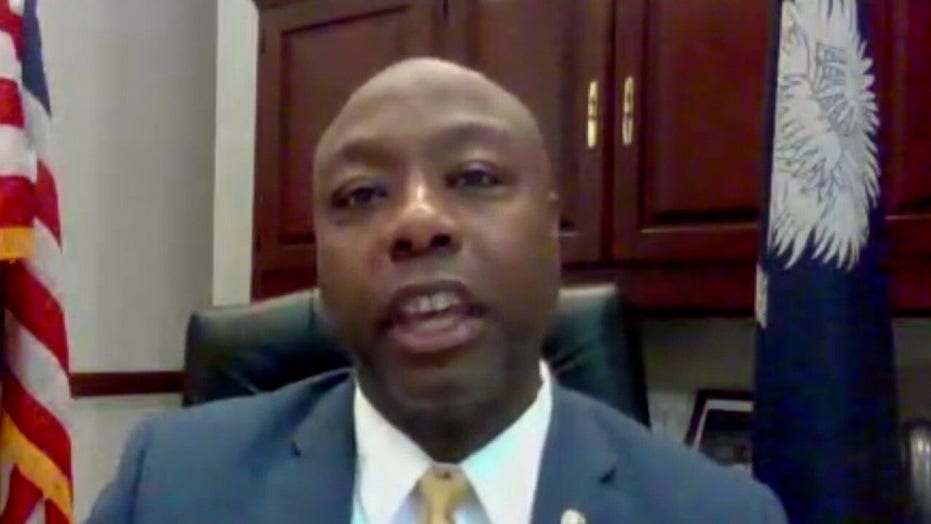 In an interview on "Fox & Friends" with hosts Steve Doocy, Ainsley Earhardt, and Brian Kilmeade, Scott -- who led the charge in favor of the bill -- said that Democrats were cocky ahead of November's election and would rather write their own reform bill without any input from the Republican Party.

"Think about this, Brian," he urged. "In the House bill right now they refused any Republican amendments. In our legislation, I offered five because they said they needed five. I offered 20 because they said 20. I offered a manager's amendment which basically means we can rewrite the parts of the bill that you want to. They said no. They had no desire to actually solve this issue before the election."

According to Scott, Democrats' obstinance and inability to act -- citing the need for provisions Scott said he offered and data collection -- will also be the reasons why there is "blood on their hands."

"So, when you go piece by piece, with the only thing that you can conclude is [that] it wasn't what we were talking about. It was who was talking," he remarked. "And, not just me, Tim Scott, but who was talking was the Republican Party saying to minority communities, to underserved communities, to liberal-controlled communities like Atlanta and Minneapolis, Cleveland...We hear you. We see you. Here are reforms.’"

"We’re coming [in] after to fix their problems and that's what the party, the Republican Party, has been doing for decades: fixing the challenges brought to people in liberal cities by liberal politicians," Scott argued.

The procedural "test" vote on whether to start the debate of Scott's bill was 55-45; it needed 60 votes in order to proceed. Republicans had 53 votes, but not enough Democrats joined them.

This effectively freezes police reform in Congress for now, even if the House approves its own measure on Thursday.

In a dramatic statement on Tuesday, House Speaker Nancy Pelosi, D-Calif., told CBS News Radio that Republicans are "trying to get away with murder, actually – the murder of George Floyd."

"What actually happened was that the Democrats did not believe that we would produce a quality product. Once we produced it and then president put icing on the cake [and] came up with executive order that even the liberal commentators said this was a real, meaningful executive order, I think they took a leap back because they don't want this president to have a victory on another serious issue confronting the minority communities," Scott commented, replying to Pelosi. "This is pure, pure race politics at its worst." 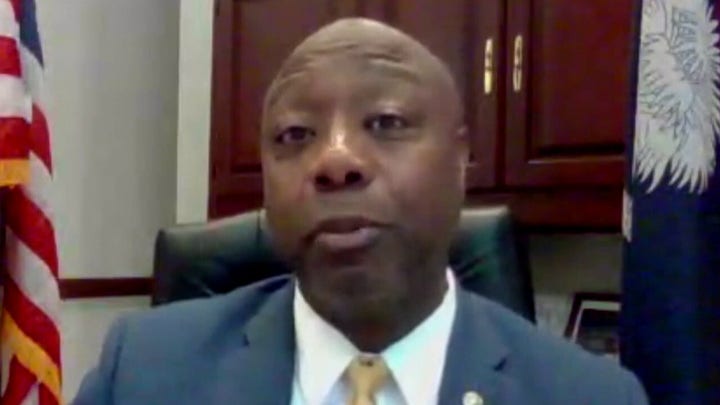 He told the "Friends" hosts that he remains frustrated for victims of police brutality, family members who have lost loved ones, and good law enforcement officers who are being "demonized."

"So, I'm not going to demonize the police officers who are willing to protect the citizens who need it the most and that's one thing I will not give the Democrats and it's the one thing they demanded -- was for us to demonize law enforcement," he said. "I refused to do so."

"I'm not going to stereotype police officers. Especially, as an African American who doesn't want to be stereotyped. That…flies in the face of common sense. But, it is really important for those who want to win at all costs. That means the rest of us lose without [a] doubt," Scott concluded.