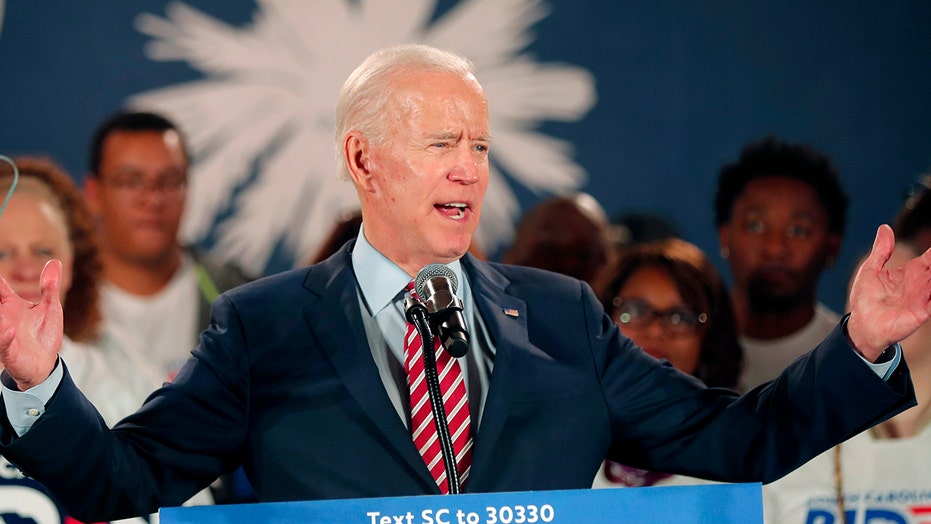 Biden vows comeback after defeat in Iowa and New Hampshire

Biden placed fifth in New Hampshire primary; reaction and analysis on 'The Five.'

"He's got to do well there," Williams said on "The Five," before looking at Biden's chances in Nevada. "I just I think he's got to beat Bernie. And it's going to be a tough one."

"He can't get a crowd," Watters said of Biden. "He has no ground game, no fundraising. He looks terrible at the debates. And he got pummeled over impeachment and never even really fought back that hard. So he goes down to South Carolina and pivots to now a race-based campaign. It's all about black and brown people."

The "Watters' World" host said that minority voters may be reluctant to support Biden because he is not strong enough to beat Trump.

"Well, when you poll black and brown people, they say the most important quality is the person that can beat Donald Trump. And he can't even win whites," Watters said. "So black people have to be thinking, you know, 'He can't win whites in New Hampshire and Iowa. Why are we voting for him?'"