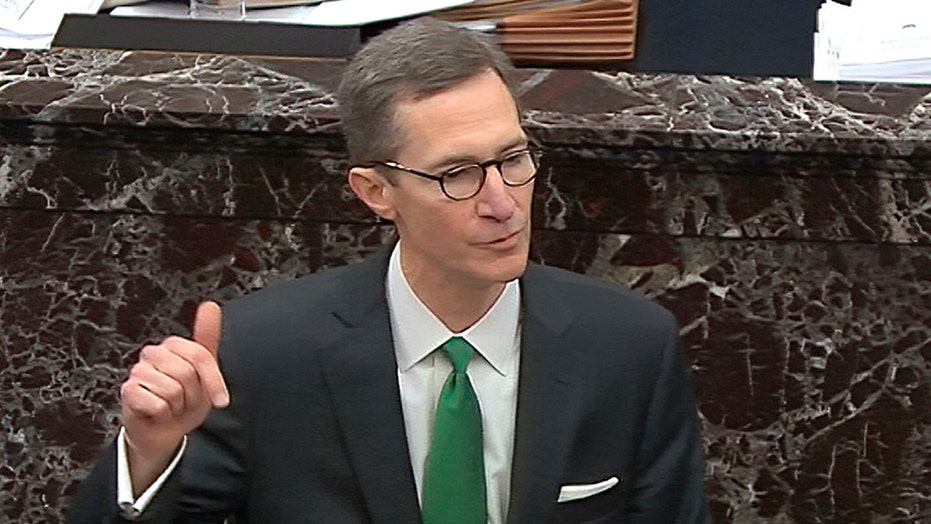 House impeachment managers and President Trump's legal team wrap up debate on witnesses; reaction and analysis on 'The Five.'

As the president's Senate impeachment trial appears to be nearing an end, some members of "The Five" decided to consider the situation through the lens of the Super Bowl, which will be held in Miami this Sunday.

"At the end of the night, the clock's going to run out. One team is going to go back into the locker room and the other team is going to celebrate victory," co-host Jesse Watters said of the NFL championship game between the Kansas City Chiefs and the San Francisco 49ers. "Why can't the Democrats take a page out of that book and lose gracefully?"

Watters took issue with Democrats making the case to the media that if Republicans did not agree to hear witnesses, the trial was illegitimate and that Trump was not really acquitted.

"These people have not accepted defeat when Trump won in 2016. They didn't even accept the Mueller report. And now they're saying this Senate trial where he's going to be acquitted, that he's not going to be acquitted and it's not a fair trial," Watters said. "You can't accuse this guy of cheating every single time he beat you or else you just look like sore losers."

Co-host Greg Gutfeld accused Democrats of "moving the goalposts" with their argument.

"I don't know where else they can go with this," Gutfeld said. "But it's all about the next bombshell, which are never bombshells. But they're always waiting for the bombshells which turn out to be eggshells, which you crush with your hands."

Gutfeld also accused Democrats of "stalking the president," while co-host Juan Williams asked rhetorically: "Have all institutions in the country just gone to hell?"

Sen. Lamar Alexander, R-Tenn., announced late Thursday that he would not support additional witnesses, saying that Trump's actions in withholding military aid from Ukraine in order to encourage an investigation into Joe and Hunter Biden were "inappropriate," but not worthy of removal by the Senate.

"Our founding documents provide for duly elected presidents who serve with ‘the consent of the governed,’ not at the pleasure of the United States Congress," said Alexander in reference to the November election. "Let the people decide."