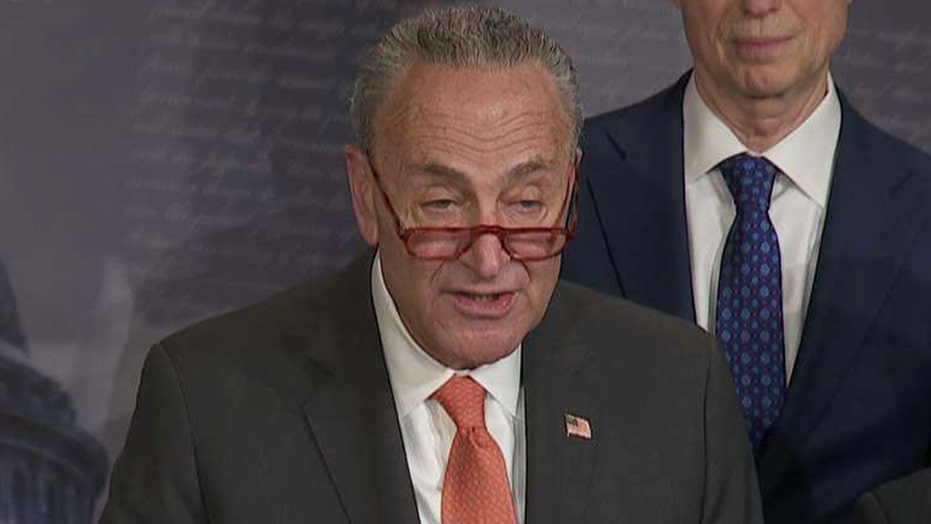 Democrats signaled in the runup to the looming conclusion of President Trump's impeachment proceedings that they'll simply refuse to accept his all-but-certain acquittal because his "sham" trial lacked proper witnesses and evidence.

Signaling how they will message the saga in the coming months on the campaign trail, top Democratic leaders in the House and Senate argued Trump can never erase the stain of impeachment because the trial wasn’t legitimate.

"The president's acquittal will be meaningless," Sen. Chuck Schumer, D-N.Y., declared Friday, "because it will be the result of a sham trial. If there are no witnesses, no documents in this trial, there will be a permanent asterisk next to the acquittal of President Trump written in permanent ink."

Sen. Kamala Harris, D-Calif. said Republicans may get what they want -- a speedy end to the trial -- but it won't have any value. 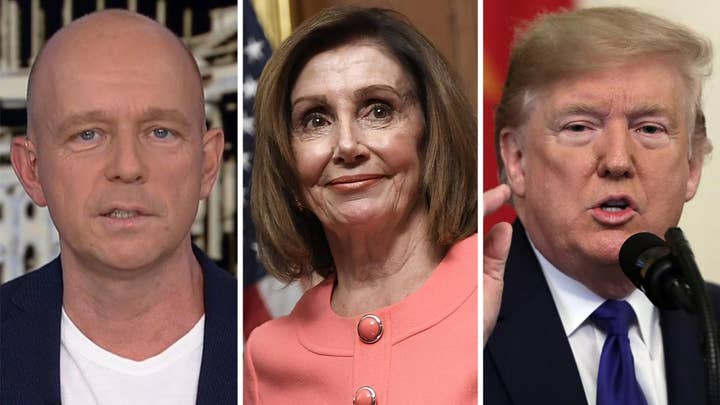 "There will be no true acquittal if there is no fair trial," Harris, a former White House hopeful, said Friday.

House Speaker Nancy Pelosi, who for weeks held onto the two articles of impeachment to try to force the Senate to commit to witnesses, said she won't accept a not guilty verdict in the Senate as vindication.

Pelosi has already been gloating that her House of Representatives gave Trump a black mark in the history books that can never be erased.

“You're impeached forever," Pelosi said with a big grin in an interview with HBO’s “Real Time with Bill Maher.” "No matter what the Senate does, that can never be erased."

Democrats have hammered that without witnesses testifying, such as former national security adviser John Bolton, the Senate trial amounts to a cover-up.

With Sen. Lamar Alexander, R-Tenn., refusing to join Democrats in wanting new witnesses to appear, the trial is poised to end soon without any new testimony beyond the 17 witnesses that appeared in the House.