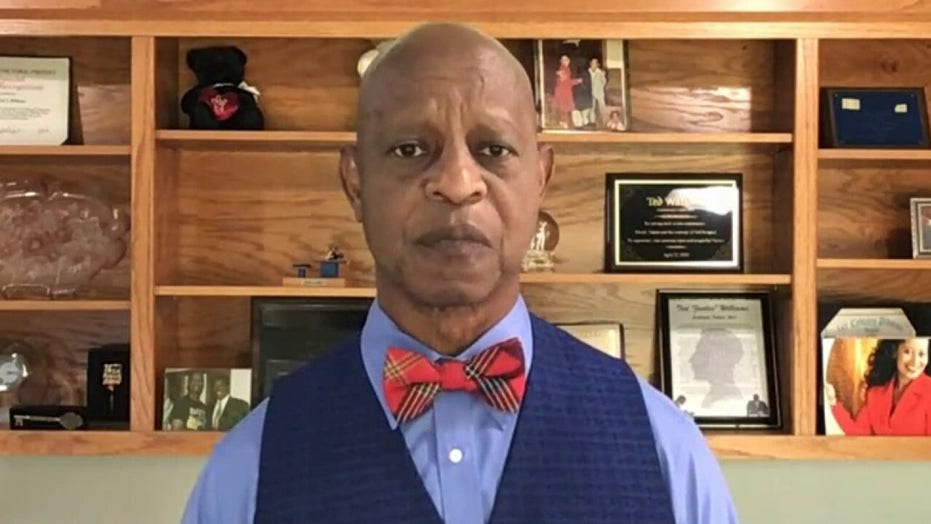 Fox News contributor Ted Williams, a former Washington D.C. police detective, told "Bill Hemmer Reports" that he is dubious about the chances that there will be a successful prosecution in the police shooting that led to the death of Rayshard Brooks.

"This is a sad state of events that took place," said Williams. "And I heard the family today that they are calling for justice and they want a prosecution."

The problem, Williams explained, is that the Supreme Court's 1989 decision in Graham vs. Connor decision lays out three criteria to determine whether officers used excessive force in the course of making an arrest or investigatory stop.

"One, you have to look at the severity of the crime that is at issue," Williams said. "[Second is] whether the suspect posed an immediate threat to the safety of those officers or others. And [third,] this is the one that really is going to break for successful prosecution in this case: Whether or not he [Brooks] was objectively resisting arrest or attempting to evade arrest by flight."

One of the two officers who confronted Brooks, Garrett Rolfe, was fired over the weekend. On Saturday, Atlanta Police Department Chief Erika Shields resigned.

The incident began when Wendy's employees called police Friday night to report that Brooks had fallen asleep in his car in the drive-thru lane.

After Rolfe another officer, Devin Brosnan, arrived on the scene, they roused him and had him take a field sobriety test, which he failed.

As Brooks was about to be handcuffed, he began physically resisting the officers and grabbed one of their Tasers in the scuffle -- leading to him being shot by Rolfe.

Fulton County District Attorney Paul Howard has stated that a decision on whether to file charges against the officers is likely to be reached by the middle of this week.