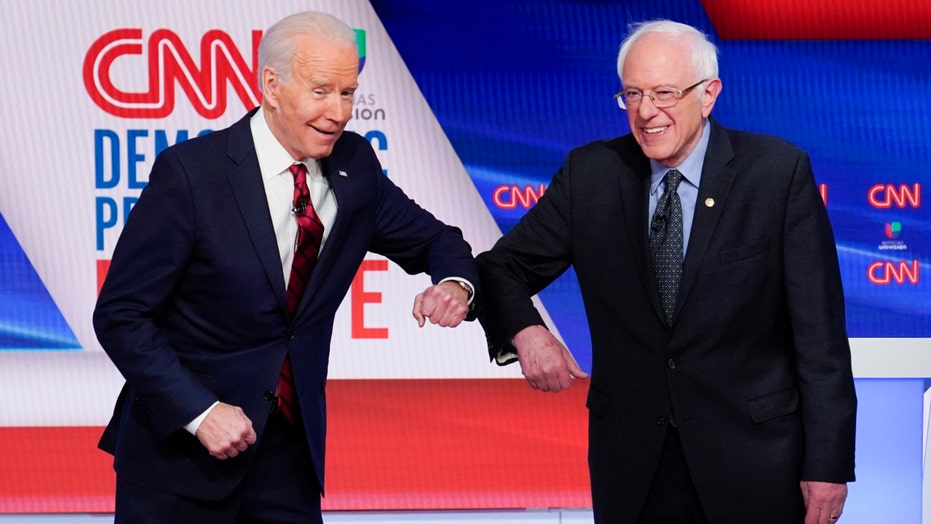 The New York Times has published the most detailed account yet of how President Trump dismissed repeated coronavirus warnings for six crucial weeks -- an account that he is, not surprisingly, denigrating as “fake news.”

On the same day, the Times published a lengthy account of a quarter-century-old sexual assault allegation against Joe Biden, weeks after it was made public, a delay that prompted conservatives to slam the media. It turns out the Washington Post had investigated the same allegation, which Biden strongly denies, but declined to publish its findings, before following the Times report yesterday.

BERNIE BAILS, BUT COULD STILL PUSH BIDEN OUT OF CONTENTION

All three pieces offer a window into how journalism is practiced in this polarizing era.

Such is the state of our political tribalism that the president’s supporters are lambasting the Times virus story as an anti-Trump hit piece. It’s true that Trump is under a brutally negative media assault, but that doesn’t mean we shouldn’t take well-documented reporting seriously.

Any administration would have faced bureaucratic delays and missteps given the magnitude of the crisis. If Barack Obama were president and had the exact same record, many on the right would be cheering this kind of reporting.

It’s true, as the president tweeted, that he deserves credit for imposing travel restrictions on China in late January, which was widely criticized as xenophobic.

Trump also dismissed a Jan. 29 memo from trade adviser Peter Navarro that explicitly described “the risk of the coronavirus evolving into a full-blown pandemic, imperiling the lives of millions of Americans.”

The president has said he never read the memo, but the Times’ Sunday story says aides raised it with him and he was unhappy that Navarro had put his warning in writing. Navarro of course is not a medical expert, but it turns out he was right.

And then there’s Trump’s HHS secretary, Alex Azar, who warned Trump of the possibility of a pandemic during a call to Air Force One, the second such warning in two weeks. Trump “responded that Mr. Azar was being alarmist.” (Trump contends in his tweet that Azar “told me nothing until later”).

During this period, according to an agenda reviewed by the Times, Azar and Anthony Fauci were part of a high-level group that was weighing whether to recommend such steps as school closings and cancellations of mass gatherings. But on Feb. 26, Trump called Azar to express his unhappiness with another top health official, Nancy Messonnier, issuing a blunt public warning that tanked the stock market, and Azar’s authority was soon reduced.

The Times investigation is certainly open to criticism, like any work of reporting, but the wealth of detail cannot be dismissed as fiction.

Also on Sunday, the Times ran a story based in part on interviews with Tara Reade, who briefly worked for Biden’s Senate office in 1993. Reade says, as she has claimed publicly, that Biden “pinned her to a wall in a Senate building, reached under her clothing and penetrated her with his fingers.” She says that when she pulled away, the senator said “come on, man, I heard you liked me.”

The strongest point in Reade’s favor: “A friend said that Ms. Reade told her the details of the allegation at the time.” Another friend and Reade’s brother said she told them of a traumatic incident involving Biden over the years.

The strongest points against Reade: Two longtime Biden aides flatly deny Reade’s account that she complained to them at the time.

One, Ted Kaufman, said: “I did not know her. She did not come to me. If she had, I would have remembered her.”

The paper concludes that “no other allegation about sexual assault surfaced in the course of reporting, nor did any former Biden staff members corroborate any details of Ms. Reade’s allegation. The Times found no pattern of sexual misconduct by Mr. Biden.” (Obviously Biden has acknowledged a history of making some women uncomfortable through hugs and touching.)

The political backdrop is that while Reade tweeted positively about the former vice president as recently as 2017, she turned sharply negative against him in the campaign as she first supported Marianne Williamson and Elizabeth Warren, and then backed Bernie Sanders. This raises the question of whether she had any political motivation to exaggerate her original account, which she denies. (Reade filed a report with D.C. police last week that is about Biden but does not name him.)

The Washington Post, in its own piece yesterday, revealed it had interviewed Reade last year as well as this year, but obviously chose not to publish until the Times went first.

The strongest point against Reade is that she changed her story. She told the Post last year “that Biden had touched her neck and shoulders but did not mention the alleged assault or suggest there was more to the story. She faulted his staff, calling Biden ‘a male of his time, a very powerful senator, and he had people around saying it was okay...“This is what I want to emphasize: It’s not him. It’s the people around him who keep covering for him.’”

Reade now says she “didn’t have the courage to come forward” about the assault, but has come to feel “stronger about speaking my truth.”

Another questionable point: Reade said she filed a complaint in 1993 with a congressional personnel office -- just about the harassment, not the assault -- but could not remember its name. The Post could find no record of that, and Reade said she never got a copy.

Biden critics would fault the media’s delay, but both papers made a good-faith effort to investigate Reade’s accusations and go beyond the he said/she said. They found some discrepancies and holes in her story, raising questions about why she’s going public now, but that doesn’t mean she isn’t telling the truth. What it does mean, as with the coronavirus story, is that journalism is a process that can only build a structure brick by brick.