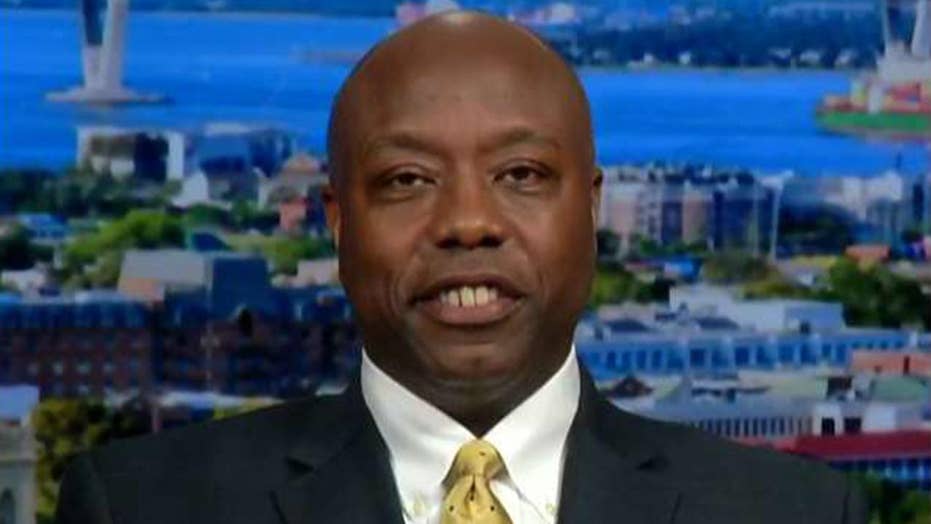 2020 Democrats have nothing but empty promises to run on, says South Carolina Senator Tim Scott, Republican member of Senate Committee on Banking, Housing and Urban Affairs.

Sen. Tim Scott, R-S.C., defended President Trump and his policies as Democrats take to his home state to court the black vote.

On “The Story,” he said that Trump’s record on employment and criminal justice reform has made liberals unsure how to beat him.

“It’s an opportunity to dupe… You talk about empty promises because there is nothing left.”

South Carolina is the first primary state with a sizable black population.

Black voters have driven the outcome of the past two competitive Democratic nominating fights. But Barack Obama in 2008 and Hillary Clinton in 2016 built their early delegate leads largely on the strength of older black voters in Southern states with significant African-American populations.

The party’s passionate left wing now is pressing for an all-in battle, arguing that candidates’ plans to combat racism are just as important as their proposals to provide health insurance to every American. But others question whether race should be the centerpiece of the campaign to replace Trump. Several presidential candidates, meanwhile, argue it is possible to criticize Trump for his racist tactics and also advance proposals on health care, education, the minimum wage and more.

Scott said it’s unfair to separate Americans by race as to what gets out the vote, noting that all Americans want the same thing.

“They want to see the next generation do better than the last generation.”