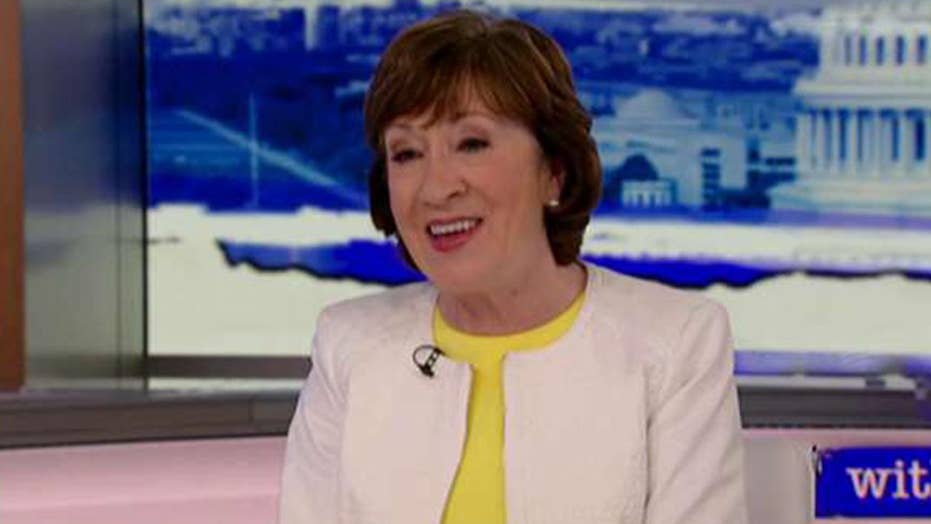 Sen. Susan Collins: Violence against police is unacceptable and horrific

Sen. Susan Collins, R-Maine, appeared on "The Story with Martha MacCallum" on Thursday and said she was working on bipartisan legislation to close "loopholes" in the background check system. She made the case for Democrats and Republicans finding common ground on gun control.

"If we can come together working with President Trump working with colleagues from both sides of the aisle and say that if you advertise the sale of a firearm over the Internet there should be a background check, that makes sense to me," Collins said.

The senator said she wouldn't support the recent House bill -- calling it an overreach -- but did say that background checks were something to unite around.

"I'm working with Sen. Pat Toomey and Joe Manchin and with the White House on making sure that we close some loopholes in the background check system to ensure that people with criminal records or who are mentally ill can not purchase firearms," she said.

Calls to address gun violence are still echoing following a shooting during a garlic festival in Gilroy, Calif., two mass shootings in El Paso, Texas, and Dayton, Ohio, earlier this month, and a dramatic standoff in Philadelphia on Wednesday in which six officers were wounded.

Collins made a case for why now is the time for some sort of legislation.

"I think the difference this time is we had three incidents so close together. Then look at what happened in Philadelphia as well. And we have the president saying that he is on board. And so my hope is that the Democrats truly want a solution and some progress and that they're not going to play political games with this issue," Collins said.