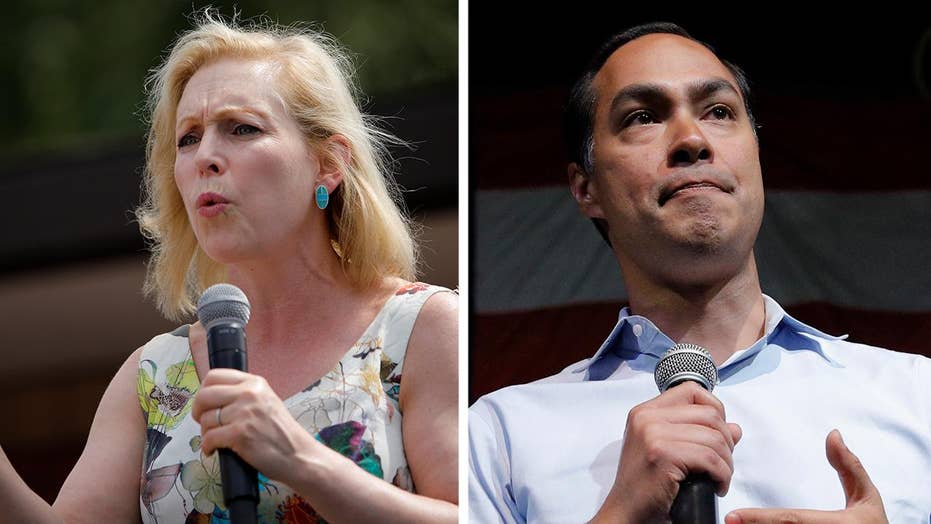 At least 6 officer shot; 'The Five' co-host Jesse Watters reacts to the shooting.

"Usually when there's a terrorist attack in this country the Democrats like to say, 'Hey, hey, hey, let's not rush to judgment. Let's let the facts come in before we start assigning blame or motivation or anything like that,'" Watters said on "The Story with Martha MacCallum."

"Literally as the shooting is unfolding ... as there's wounded officers ...  being taken for medical care. The Democrats running for president are politicizing it."

The six officers who were wounded were eventually released from a hospital after treatment. Two officers and three hostages were later freed, apparently unhurt.

Sen. Kirsten Gillibrand, D-N.Y., weighed in on gun violence during the standoff, admonishing the NRA.

"We must take legislative action to stop gun violence. But we also need to understand the corruption that makes politicians protect the NRA over American lives — and how right-wing judges in our courts enable it," Gillibrand tweeted. "We need to change that."

Watters says it was too soon to weigh in and that gun control may not have stopped this incident.

"There's no evidence that any sort of gun control would have stopped this violence from what we hear on police scanners," Watters said.