'The Faulkner Focus' panel debates media treatment of the Trump administration compared to the soft questions for the Biden team on its first day.

Psaki left CNN to take a gig as a senior adviser for the Biden-Harris transition team and was later named press secretary. The first question she faced was swiftly mocked as a "softball" on social media when Associated Press reporter Zeke Miller asked, "Do you see yourself--your primary role as promoting the interest of the president, or are you there to provide us the unvarnished truth so that we can share that with the American people?"

Sean Spicer was peppered with tough questions, while the press took it easy on ex-CNN pundit Jen Psaki. (Getty Images/AP)

Trump press secretaries Sean Spicer, Sarah Sanders and Kayleigh McEnany were regularly scolded and criticized by the press over the past four years. President Trump eventually reduced the number of briefings as a result, as some reporters became heroes of the anti-Trump resistance for aggressively grilling the president’s spokespersons.

But on Wednesday, Psaki was asked about things like what color Biden would prefer Air Force One to be and how thoroughly staffers cleaned the White House prior to Inauguration Day.

"This is the normal honeymoon that tends to happen with presidents. Unfortunately for Donald Trump, they started off in divorce court with the press and they never let up for one day," American Conservative Union chair Matt Schlapp said on "The Faulkner Focus." 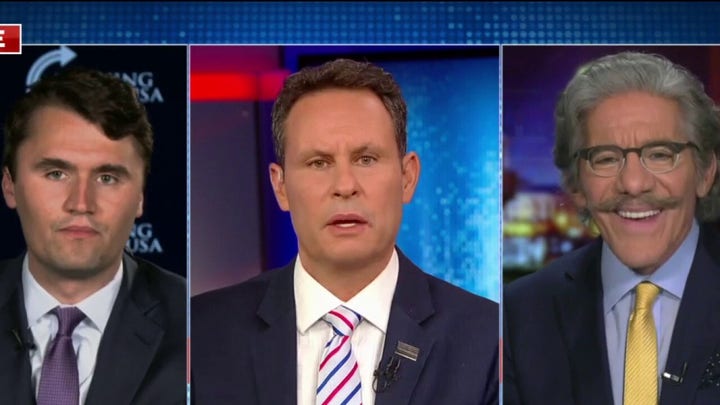 Reporters didn't bother to ask Psaki about a variety of hot-button issues, such as the DOJ slush fund, Keystone Pipeline and jobs affected by stopping the project, the Central American migrant caravan or the Hunter Biden probe.

BIDEN, HARRIS POST-INAUGURATION MEDIA COVERAGE EXPECTED TO BE MUCH FRIENDLIER THAN TRUMP-ERA VITRIOL

Here are some of the questions Psaki faced during her first official briefing:

Spicer, who served as Trump’s first press secretary, held an unofficial briefing the day after the inauguration when he famously read a statement about the administration feeling that the media inaccurately reported the inauguration crowd size.

Two days later when he conducted the first official briefing, he was confronted with questions that were significantly less friendly than the ones posed to Psaki, while many members of the press decided to bicker about the crowd size debate.

Here are some of the questions Spicer faced during his first official briefing: