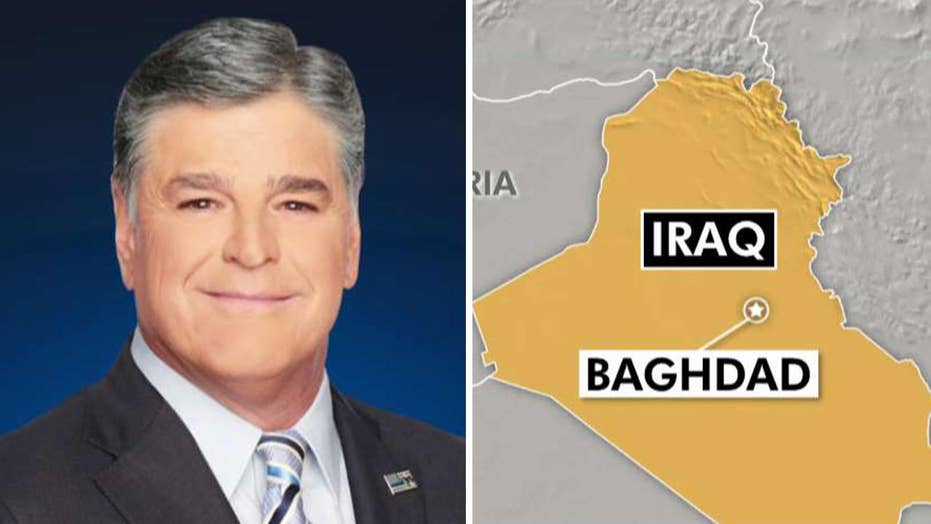 Fox News' Sean Hannity called his own TV program Thursday to discuss the significance of the U.S. airstrike that killed Iranian Gen. Qassim Soleimani, the head of the Islamic Revolutionary Guard Corps' elite Quds Force, and other military officials at Baghdad International Airport.

"This was [a response to] Iranian aggression against us. This was Iranian strategy, Iranian money, Iranian proxies that put American lives in jeopardy and the president very quickly acted," Hannity told guest host Jason Chaffetz. "I've been able to confirm tonight ... our military, our State Department, our president, everybody is on high alert. Every option is, I was told, 'on the table' and that American interests in Iraq and the region will be protected."

Soleimani is the military mastermind whom Secretary of State Mike Pompeo had deemed equally as dangerous as ISIS leader Abu Bakr al-Baghdadi, who killed himself in October during a U.S. raid on a compound in northwest Syria.

"Taking out this top general is ... right up there, in my view, with taking out Baghdadi in terms of the importance of stopping Iranian aggression inside of Iraq," said Hannity, who went on to praise the president and all those involved in the airstrike.

The two-day siege came to an end Wednesday afternoon after dozens of the militiamen and their supporters withdrew from the compound.