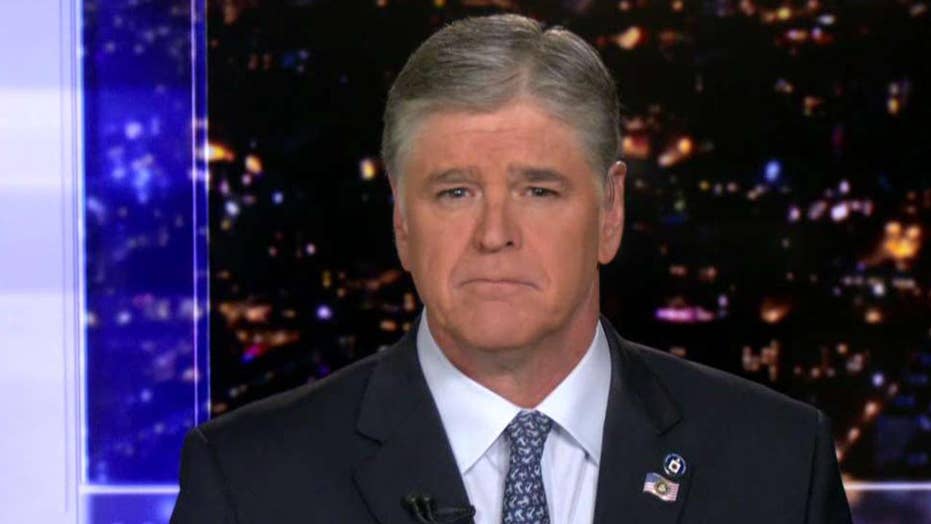 Sean Hannity continued to slam Democrats Thursday over their impeachment push, saying they don't respect the will of the American people.

"This charade boils down to one thing and one thing only, and that is the left, liberals, Democrats, socialists and their media mob friends," Hannity added. "They think that they know better than we, the people that voted for this president."

Hannity spoke as House Judiciary Committee Democrats were set to vote to adopt the two articles of impeachment against President Trump, following a marathon hearing in which seemingly no topic -- from Hunter Biden's rampant drug use to a Republican congressman's past drunken-driving arrest -- was off-limits.

"Instead of apologizing for the years of lying to the country and putting the country through hell, well, they just simply move on to plan B," Hannity added. "'Let's make up a new conspiracy theory. We'll call it the Ukrainian hoax.'"

The host said Democrats don't want to search for the truth.

"And all lies and all conspiracy theories have to be peddled, and as per usual, Democrats are clearly more interested in hyping up their own witch trial than actually getting to any truth or real justice because the truth is not good for the Democratic Party," Hannity said.

Hannity blasted House Speaker Nancy Pelosi, D-Calif., for putting her 31 caucus members who represent in districts that Trump carried in 2016 at risk.

"She is now making all of those lawmakers walk the plank for nothing, sacrificing those seats to placate a radical extreme socialist base," Hannity said.

Hannity also questioned whether these 31 lawmakers will listen to their constituents or Pelosi.

"The question going forward will be: Are these lawmakers going to do Pelosi's bidding or will they actually represent the people that hired them?" Hannity asked. "Because their constituents are pretty ticked off about the Democrats' latest political stunt and the fact they do nothing."