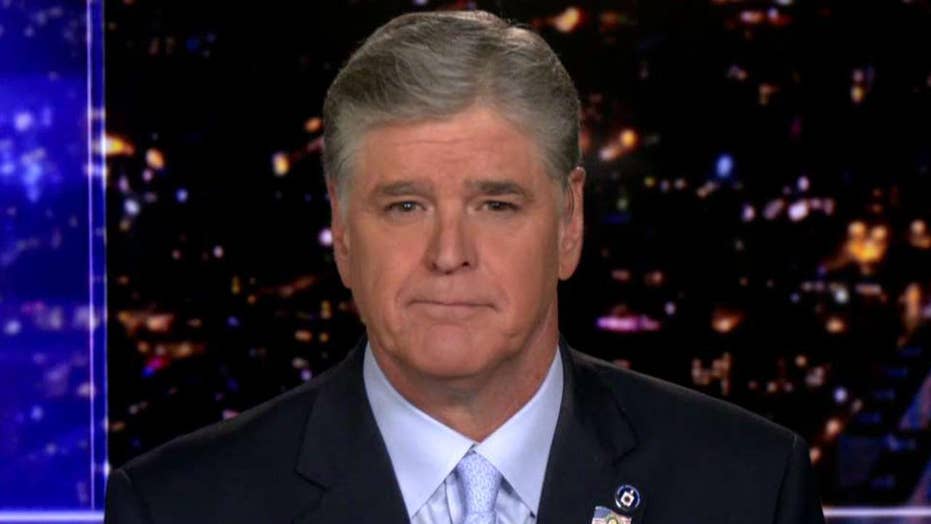 Sean Hannity slammed House Democrats who won seats in districts that President Trump carried in 2016 Friday night, blaming them for the ongoing impeachment process and calling them "cowards" and "frauds."

"[Impeachment] could all come to an end right now if these 31 ... self-described moderates, they ran as moderates, weren't standing in the way," Hannity said on his television program. "They represent the districts that President Trump won and in some cases by big margins. Almost none of them willing to go up for their own constituents. We hear maybe eight might break away. Now, sadly, these cowards are ready and willing, they're willing to walk the plank for Nancy Pelosi, AOC, the squad."

The host accused the Democrats of being more loyal to their party's leadership than to their constituents.

"They care more about the radical socialist, far-left leadership, divisive, do-nothing Democratic Party than they do about Americans and what they have now done to this country for three years," Hannity said.

The House Judiciary Committee voted Friday to adopt two articles of impeachment against President Trump – capping a contentious three-day session that Republicans panned as a “kangaroo court” and teeing up a historic floor vote next week.

Hannity, still focused on the 31 Democrats accused them of lying to get elected in their districts.

"In order to get elected, that means they had to lie to the voters and pretend to be independent-minded, rational leaders," Hannity said. "But now you, we the people... we know the truth. These lawmakers, none of them are moderates."

"They're all frauds. Almost all of them supporting the most vague, the weakest, politically motivated two articles of impeachment," Hannity added.