The "Hannity" host opened his program by noting Ginsburg's "distinguished legal career" and her status as "the first Jewish woman to serve on the highest court in our land." He also pointed out Ginsburg's "great, deep friendship" with fellow Justice Antonin Scalia -- who passed away in 2016 -- despite the "deep philosophical divide" between them. 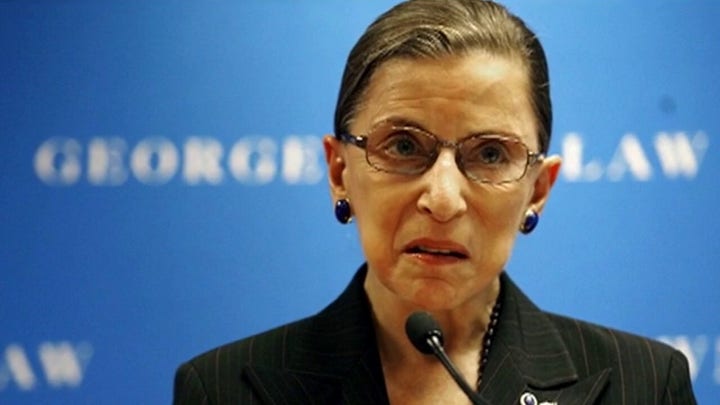 Ginsburg, who spent 27 years on the Supreme Court after she was nominated by President Bill Clinton in 1993, passed from complications surrounding metastatic pancreatic cancer.

Chief Justice John Roberts described Ginsburg as "a jurist of historic stature," as well as "a cherished colleague" and "a tireless and resolute champion of justice."

Ginsburg had battled back from two forms of cancer in the past but her health began to take a downturn in December 2018 when she underwent a pulmonary lobectomy after two malignant nodules were discovered in the lower lobe of her left lung.

Hannity noted Friday night that his own father had died from pancreatic cancer "in a very short period of time.

"It is an insidious cancer. She battled this cancer with incredible, inspiring courage," he said of Ginsburg. "Beyond heroic. She will be missed by many."