Marco Rubio: This is going damage to our country

Sen. Marco Rubio, R-Fla., explains why leaks from the FBI and the Justice Department regarding the Trump Mar-a-Lago raid are a slippery slope

Sen. Marco Rubio, R-Fla., said on "Fox & Friends" Wednesday he's initially skeptical of a report that details of a foreign country's nuclear secrets were being stored by former President Trump at Mar-a-Lago. Rubio accused the FBI and Justice Department of "strategically leaking information [to the media] that can't be rebutted" since the August raid.

MARCO RUBIO: Well, let's break this down. Again, we really don't know, let's understand that all of this information is coming from one side and one place, and is the FBI and the Justice Department. And they are leaking to the media. So generally when there's an investigation by the FBI or Justice Department, they're not even acknowledging there is an investigation, much less leaking. These people every single day are strategically leaking information that can't be rebutted, by the way, or in any way analyzed for any reason. And that's politics: to influence the narrative. And so I'm, first of all, very skeptical of that.

WATCH THE INTERVIEW BELOW: 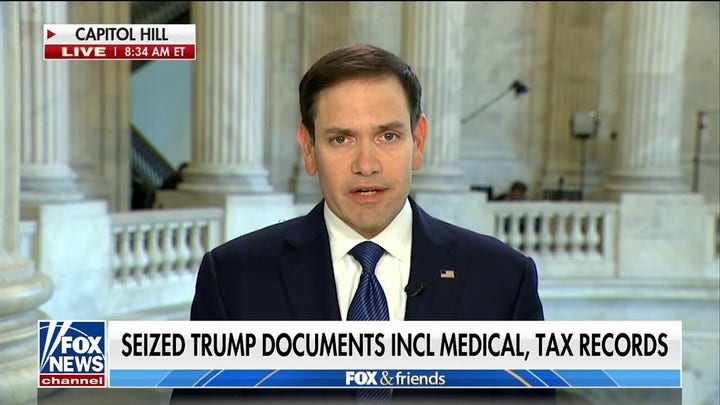