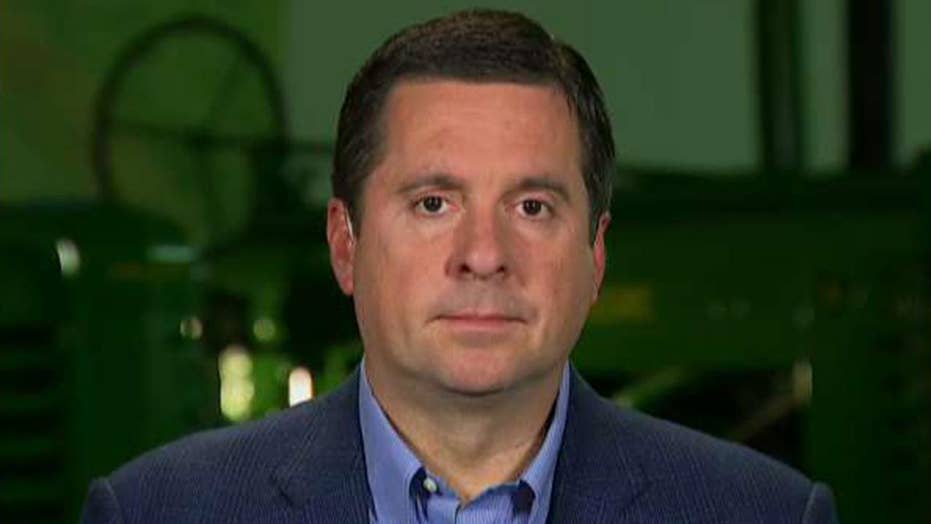 Nunes: CNN, Daily Beast are going to run for cover

Rep. Devin Nunes, R-Calif., told Fox News Monday he plans to take CNN and The Daily Beast to court over recent stories they reported about him involving Ukraine, vowing he would hold both outlets "accountable."

"I understand the last week and a half, it was a it was a disaster for them. It was a train wreck for them," Nunes said on "Hannity." "So what did they have to do? They had to come out and say, well, look, Devin Nunes was actually the one that was meeting with all of these Ukrainians. So sorry, CNN. It's totally false."

Nunes initially threatened legal action on Friday after both outlets published stories claiming the ranking member on the House Intelligence Committee had met with Ukrainian prosecutor Viktor Shokin in Vienna last year to push for an investigation into Hunter and Joe Biden. Both stories cite a former Rudy Guliani associate, Lev Parnas, who was indicted in October for conspiring to violate the ban on foreign donations. That prompted Nunes to question the validity of the source.

Nunes told host Sean Hannity the stories were the "mother of all fake news stories" and said five other media outlets had the story but declined to run it.

"For all of the last three years, including the Russia hoax to the Ukraine hoax, this is the mother of all fake news stories. There is not one bigger than this," Nunes said. "And so next week, we are going to take them to court. They will have an opportunity to come to court so that we can subpoena each other. We can get discovery. We can set people down for depositions. And I have a bet for you, Sean. CNN and The Daily Beast are going to run for cover."

Nunes predicted both outlets would try to avoid the courts but the congressman vowed to press on.