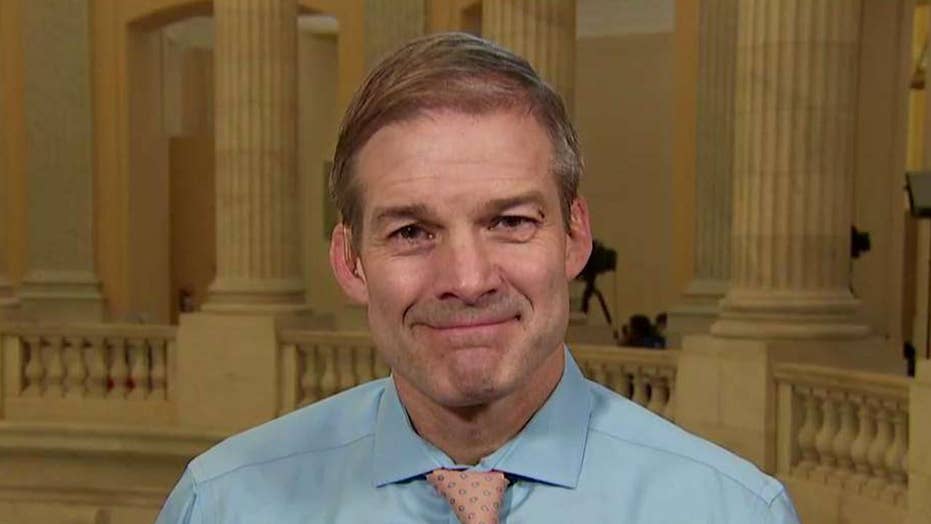 "The American people see [the impeachment inquiry] for what it is," Jordan said on "Hannity." "The Democrats have never accepted the fact that 63 million Americans voted for this guy and they want him to come here and shake it up. And he won an Electoral College landslide and they [Democrats] don't care because they don't trust the American people."

Jordan cited a recent interview in which House Speaker Nancy Pelosi, D-Calif., referred to President Trump as an "imposter."

“I think part of it is his own insecurity as an imposter. I think he knows full well that he’s in that office way over his head," Pelosi told CBS News' "Face The Nation" of Trump's tweets directed at former Ambassador Marie Yovanovich. "And so he has to diminish everyone else.”

Jordan also accused Democrats "trying to take out a president 11 and a half months before the next election.

"And that's what drives Americans crazy," he added. "I think more people are going to show up next November and reelect the president in another Electoral College landslide."