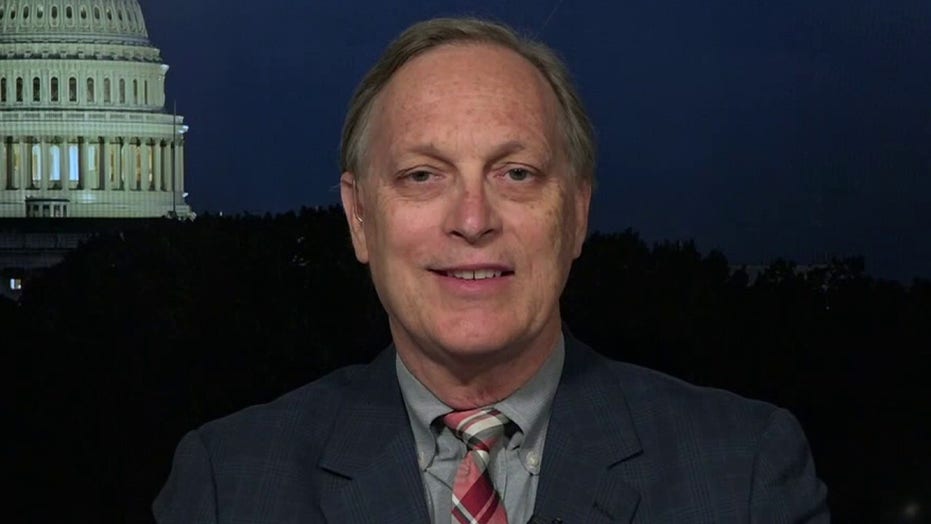 Arizona Republican Rep. Andy Biggs makes the case to reelect the president on 'The Next Revolution.'

The November election will boil down to a choice between a "Marxist leftist authoritarian type of regime" and President Trump, Rep. Andy Biggs, R-Ariz., said Sunday.

"The choice is so stark here," Biggs told "The Next Revolution" host Steve Hilton.

"You have people like the Lincoln Project Bill Kristol and those guys....what they are doing is they are saying we would rather have a Marxist leftist authoritarian type of regime where we can make money and have a special interest protected than to support President Trump [who] is gonna support this country and make this country truly great and let everybody succeed or fail on their own personal merit."

AFTER BEING SLAMMED BY PRESIDENT, NEVER-TRUMP GROUP HAULS IN $1 MILLION IN ONE DAY

Kristol, an outspoken conservative commentator and Trump critic, took to Twitter last week to warn voters that while the president appears to be trailing in the polls, "Trump's path to victory doesn't depend on persuading Americans. It depends on voter suppression, mass disinformation, foreign interference, and unabashed use of executive branch power to shape events, and perceptions, this fall," he wrote.

Kristol's tweet came days before a stretch of lackluster polling for Trump which has some Republican operatives nervous about his reelection prospects in November.

Bigg's however expressed confidence in the president's ability to rebound, encouraging his campaign to let Trump "be Trump."

"I would say be Trump...because President Trump has some of the best intuition I've ever seen and when he can connect with people. Every time he can get out in front of someone face-to-face he wins them over," Biggs said.

"He just needs to be Trump and the campaign guys need to let him be Trump."