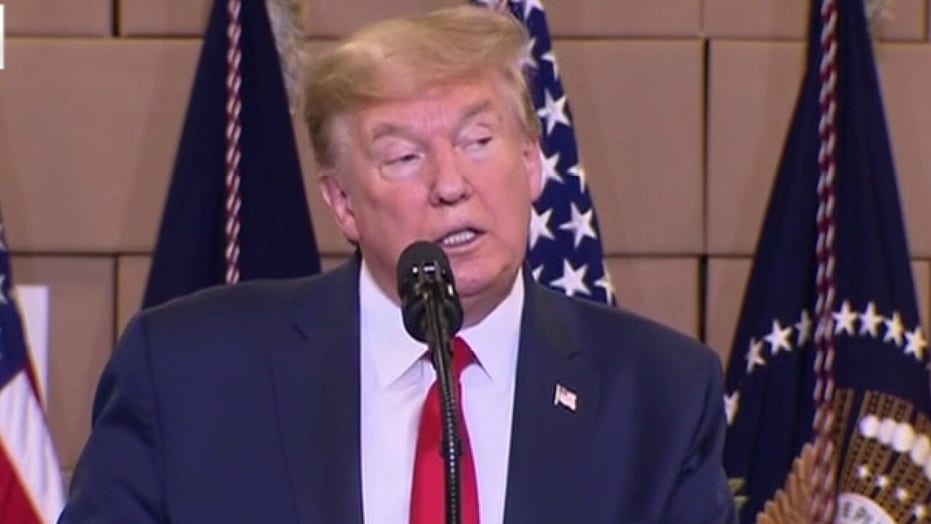 Trump ramps up push to reopen country, says US is in next stage of battle against COVID-19

The president says the White House task force will begin winding down with the responsibility shifting to another agency; John Roberts reports.

A Republican group that opposes President Trump's re-election says it raised $1 million in the 20 hours after the president slammed them over their new ad taking aim at his handling of the coronavirus pandemic.

The group – known as The Lincoln Project – told Fox News on Wednesday that they’ll use the money they hauled in to now run the spot – which had been getting free media attention so far – on broadcast television and online.

PRESIDENT LASHES OUT AT ATTACK AD BY ANTI-TRUMP GOP GROUP

The Lincoln Project on Monday tweeted out their one-minute commercial, which is titled “Mourning in America" and is a riff on the successful "Morning in America" ad by President Ronald Reagan’s 1984 re-election team.

“Today, more than 60,000 Americans have died from the deadly virus Donald Trump ignored. With the economy in shambles, more than 26 million Americans are out of work. The worst economy in decades,” the narrator in the dark and foreboding spot argues.

And the narrator charges that “under the leadership of Donald Trump, our country is weaker sicker and poorer,” and then asks “if we have another four years like this, will there even be an America?"

The Lincoln Project was formed late last year by some of the most well-known Never Trumpers in the nation. Among them are George Conway, the husband of senior White House counselor Kellyanne Conway, as well as Republican consultants John Weaver, Steve Schmidt and Rick Wilson, who were leading political advisers to the late Sen. John McCain. Weaver was also the top political adviser for then-Ohio Gov. John Kasich’s 2016 presidential campaign.

Hours after the ad grabbed limited attention on social media, Trump fired away at the group on Twitter, after midnight eastern time.

"A group of RINO Republicans who failed badly 12 years ago, then again 8 years ago, and then got BADLY beaten by me, a political first timer, 4 years ago, have copied (no imagination) the concept of an ad from Ronald Reagan, 'Morning in America', doing everything possible to get even for all of their many failures,” the president blasted.

That was the first of four tweets. The president lashed out at the group again on Tuesday, once again calling them “RINO losers.”

RINO stands for "Republican in name only."

But the fierce response by the president may have backfired, by boosting the group’s fundraising and giving their anti-Trump ad more attention.

On Wednesday, Weaver told Fox News that “12 hours of insane rage attacks by Donald Trump accelerated views of Mourning in America by millions and motivated thousands of Americans to donate to our effort to oust him and his enablers. The Lincoln Project won't be intimidated by him or his low traveling allies.”

He added that The Lincoln Project hauled in $1 million following the president’s tweets, which is a sizeable amount for a group that had just $2.5 million cash on hand as of the end of March. Weaver said they’ll use some of the money raised to run the ad on broadcast TV and digitally in the key general election battleground states of Florida, Ohio, and Wisconsin.

He also said that a U.S. senator who’s an ally of the president would be targeted next by The Lincoln Project, but he wouldn’t spill the beans on which lawmaker would be criticized.