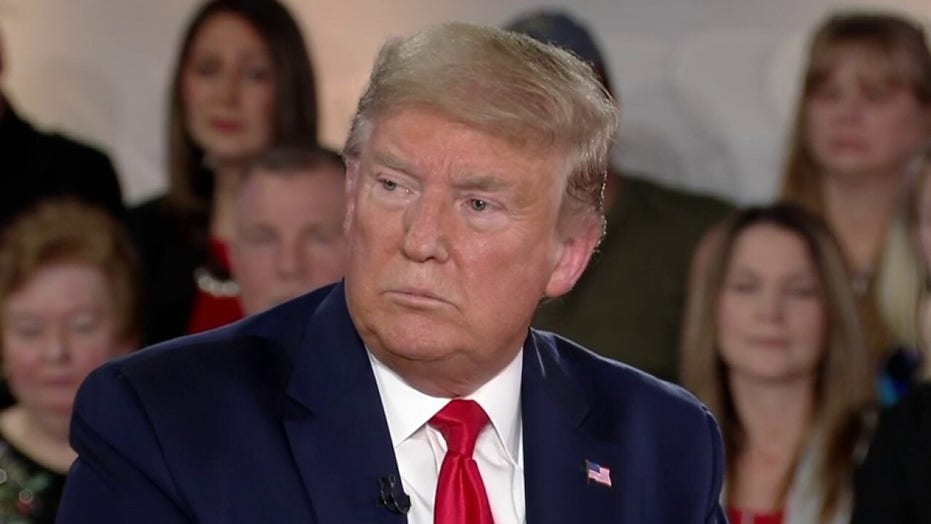 Trump: I was all set to take on Bernie

During a special Fox News town hall with President Trump Thursday, the commander in chief confessed he was "mentally" set to face Vermont Senator Bernie Sanders in the 2020 general election this November before former Vice President Joe Biden's resurgence Tuesday.

"I was all set for Bernie because I thought it was gonna happen," Trump said, responding to co-host Bret Baier. "You know, we get ready for things, right? So mentally, I'm all set for Bernie ... Communist, I had everything down."

Shortly before Super Tuesday, Sanders took criticism for praising deceased Cuban dictator Fidel Castro and his reading initiative, prompting criticism from all sides. However, Biden's strong showing Tuesday, winning multiple states and taking the delegate lead has made him the frontrunner once again.

The president attributed Sanders' loss in Texas to Sen. Elizabeth Warren, D-Mass., who dropped out of the race Thursday. Trump compared both Sanders and Biden, saying Sanders would pose more of a threat because of his base but that it would be difficult for him to rebound from Tuesday's elections.

"I was all set for Bernie, I was ready to go in, then I say, you know, I don't think I'm running against Bernie," Trump added. "I think it's going to be very hard for him to come back."