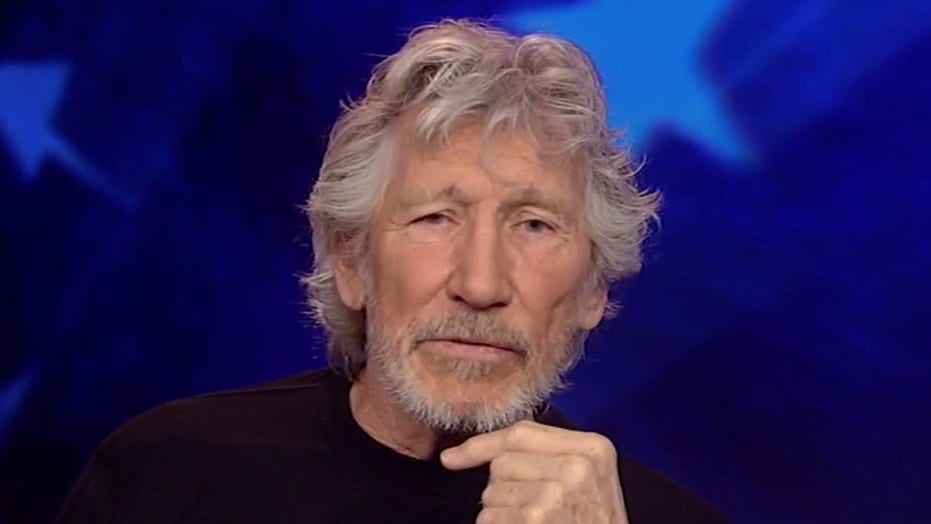 Pink Floyd's Roger Waters: Julian Assange being used as a warning to other journalists

British rock legend Roger Waters took aim at the U.S. Justice Department on Friday night, questioning why it had not prosecuted media outlets such as The New York Times, The Washington Post and Britain's Manchester Guardian for publishing the same information that led to WikiLeaks founder Julian Assange’s extradition.

“Why is it that they picked out Julian Assange as an example to hang in the hedge and not those other papers?” the Pink Floyd co-founder asked on Fox News' “Tucker Carlson Tonight.”

On Sept. 3, 2019, Waters, 76, participated in a pro-Julian Assange rally in London to push for Assange's release from prison. Waters performed the 1975 Pink Floyd classic “Wish You Were Here."

Assange is wanted in the U.S. for allegedly leaking classified government documents a decade ago. If convicted, he faces a maximum sentence of 175 years in prison.

Carlson asked Waters to clarify if those news outlets published the same information that Assange is facing 175 years for disseminating.

"They absolutely did," Waters replied.

U.S. prosecutors accuse Assange of conspiring with U.S. Army intelligence analyst Chelsea Manning to crack a password, hack into a Pentagon computer and release hundreds of thousands of secret diplomatic cables and military files regarding the wars in Iraq and Afghanistan.

They also allege that WikiLeaks' publication of the unedited documents put U.S. intelligence sources who were mentioned in them at risk of torture or death.

Waters said the narrative that Assange put the sources' lives in danger was “nonsense.”

"Julian has never put anyone in any danger," Waters claimed, "and the CIA have owned up to this quite recently.”