"It has been such a struggle. We first learned about the recall back in February, and I had just stopped breastfeeding our daughter six days prior," Jillian Arroyo, mother of one, told "Fox & Friends" host Ainsley Earhardt.

"After learning about the recall, I had to start pumping again every two hours around the clock. I've now been breastfeeding for an additional six months that I wasn't planning on breastfeeding… we have no end in sight," she added.

Arroyo said she is sticking to a "super limited" diet to keep her daughter healthy during such difficult times.

"She had the lactose allergy, and she is not able to take most formulas. Whenever we decided to switch her formula, [Enfamil Sensitive] was the only one she could have," she said.

Joy Behar said on the "The View" that Republicans were to blame for the baby formula shortage.  (Reuters/Kaylee Greenlee Beal)

Yielding said the ongoing crisis has rendered her unable to find the formula her six-month-old daughter needs.

Mother of two Hannah Kroll took action to help moms combat the crisis, creating a Facebook group that now has about 1,600 members.

"After having trouble finding formula for my daughter in May, I realized that the localized groups were wonderful in helping… I found that people could find different formulas in different states at that point," she said. 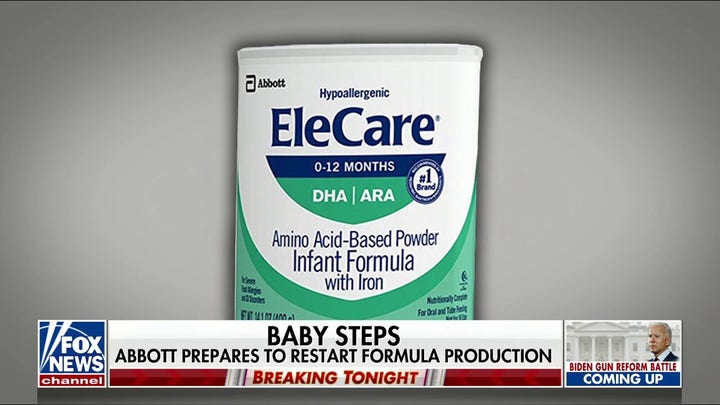 "We also operate a formula bank where parents can send in their extra formula, and it will be repurposed to the parents who need it."