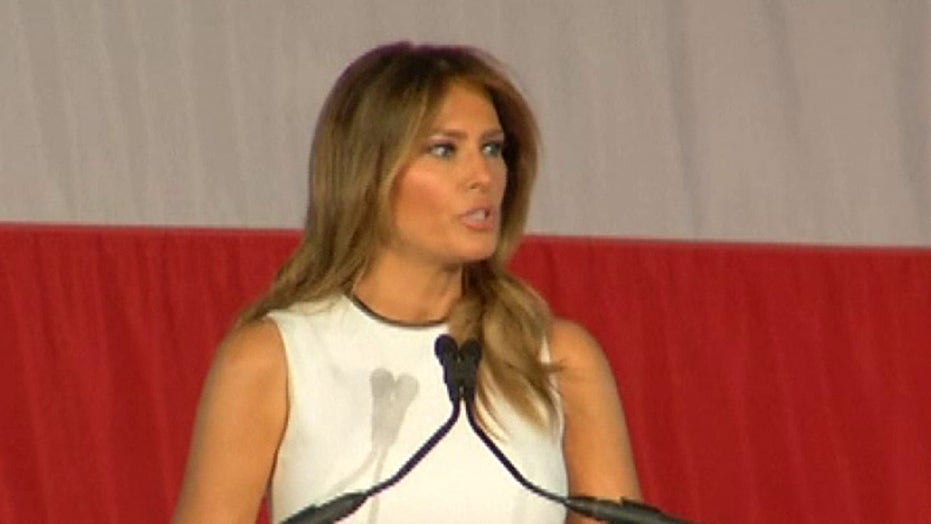 The first lady discusses her anti-bullying campaign at a speech in Florida.

“I am excited to share the progress of the Tennis Pavilion at @WhiteHouse. Thank you to the talented team for their hard work and dedication,” the first lady wrote to caption the image.

“If people want to play tennis, they should be able to play tennis. I feel very strongly about this,” Meyers said. "But… our first lady, in the middle of a pandemic, posted a photo about how the tennis pavilion is going. As someone who was in communications, do you think this is a good time to give people of America an update on the pavilion?”

Wallace, a former communications staffer for both George W. Bush and John McCain, burst out laughing at the image of the first lady.

“No,” she answered while laughing.

Meyers put the image away and asked Wallace if she’s “shock proof” at this point in the Trump era.

“No, I keep waiting for that, every morning I wake up… and then I’m like, ‘Are we past the point where he can gall me?’ And I never am,” Wallace said. “I turn on ‘Morning Joe’ and I’m shouting at the TV like a lunatic.”