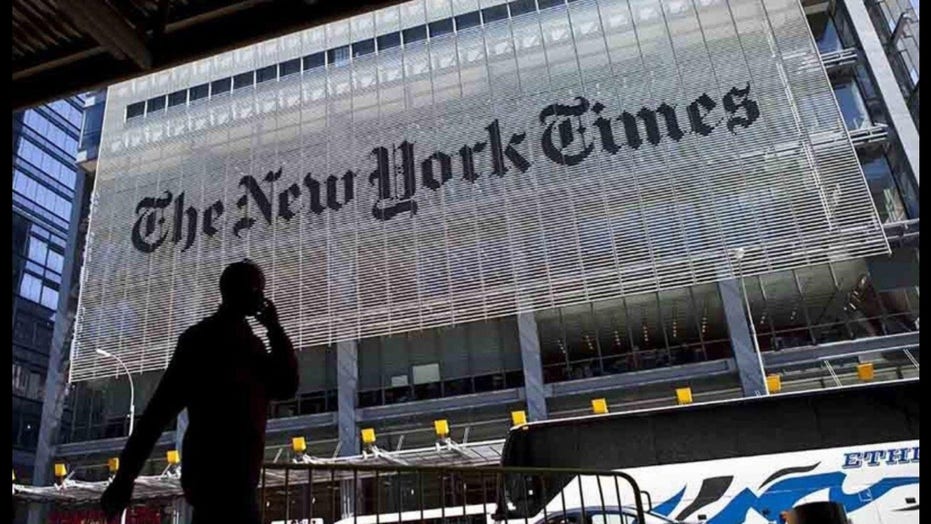 New York Times reporter Taylor Lorenz appeared to refer to the United States as a "trash country" on an Instagram story captured by a conservative reporter.

Free Beacon reporter Matthew Foldi tweeted an image of Lorenz’s Instagram story in which she was apparently answering questions from followers when someone asked why "COVID hasn’t woken new Americans up to fight for free healthcare," when the Gray Lady tech reporter bashed America with her response.

The New York Times reporter Taylor Lorenz appeared to refer to the United States as a "trash country."  (Photo by Jerod Harris/Getty Images)

"Yeah if a global pandemic doesn’t help people in this trash country recognize the problems in our healthcare system idk what will," Lorenz wrote, according to the image shared by Foldi.

NY TIMES HIT BY CRITICS, LAWMAKERS FOR SUGGESTING US FLAG IS NOW 'ALIENATING TO SOME': 'DISGUSTING'

The comment’s 24-hour window on Instagram Stories appeared to expire shortly after Foldi shared the image. Lorenz did not immediately respond to a request for comment.

Lorenz has been outspoken about her thoughts on the coronavirus pandemic. Shortly after Monday's alleged "trash country" comment, she wrote, "If you come into my DMs minimizing COVID or acting like vulnerable people don’t matter I’m blocking you. I don’t care what ‘literature’ you send me I do not care."

Lorenz added, "I am only interested in dealing with people who take this deadly and disabling virus seriously, understand that long covid is very real, and care about protecting others, especially our most vulnerable."

In September, the Times published an opinion essay that imagined new designs for the American flag, some of which emphasized divisions and decline in the country.

"The American flag is a potent piece of national iconography, but its design shifted frequently until the early 1900s. What if it were redesigned today? We asked artists and graphic designers to try," the Times wrote. "Some are functional designs, others artistic renderings; some represent America as it could be, others how the artist sees the country now."

Another design titled, "Lift Every Voice and Sing" merged several prominent flags like the "Don't Tread on Me" and "Black Lives Matter" into one, while another monochrome gray one with stars "represents America surrendering to its fall from power and loss of the ideals it once stood for."

The designs were from the Times' "Snap Out of It, America!" series, which it calls "bold ideas" on how to "renew the American experiment," and they were swiftly met with ridicule.

In June, liberal Times editorial board member Mara Gay remarked that it was "disturbing" to see dozens of American flags on trucks owned by Donald Trump supporters during a trip to Long Island. The next month, the Times reported on the flag as a divisive symbol in the U.S.